Frittering away Valuable Time for Unnecessary Show Off 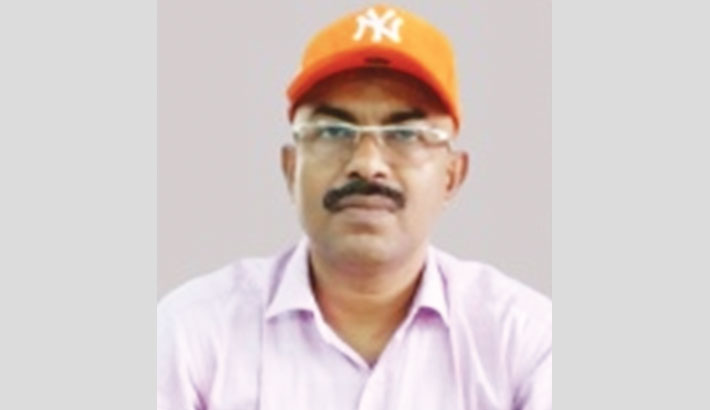 Facing obstacles at every step at last I gave up efforts to enter the visiting site as an unruly and uncalled for group of youths crowded in the venue in order to show their faces to an honourable VIP who had a pre-scheduled official program for taking a glance of the physical condition of a personally owned public library in old Dhaka where I, as assigned government official, was supposed to provide some necessary information with regard to the historical building but unfortunately I could not pursue him on account of the unnecessary jostling of the uncontrolled, uninvited mob on that day. On my part, reaching to him by pushing forward the moving concourse was almost impossible. Being stultified I wondered why time was so cheap to people who rushed in droves for an event where they had no business or where at least they had not been formally invited.

What concerned me more than that was the alarming health safety issue as many of the people who gathered there were not even wearing masks and were not at all afraid of the recent rising trend of corona pandemic of our country. That day each of nearly 100 idle bystanders spent three hours at a stretch only for watching what was going on inside the venue amounting to loss of 3x100 working hours from the nation’s life. While people worldwide consider time as money and always remain busy like machines, some of our people, as it seems to me, don’t find adequate means to spend their time which hangs heavy on them.

Wasting time by gossiping on the footpath or roadside tea stalls both in the rural and urban area appears normal in our country. Incidences like simple altercation of words between husband and wife in the household often draws attention of hundreds of curious people in the rural areas. Some people cause wasting of listener’s valuable time by speaking ill of others without any reason whereas another group of people get one kind of felicity through surreptitiously observing works of others only by wasting their own time.

The fact that time of public servants also matters appears to be forgotten by many, especially for unknown reasons some of our high officials often delay in attending their pre-scheduled meeting or fail to finish meeting within the stipulated time. That becomes very irritating for other members who attend in time and who also might have other important assignments after the end of that meeting. Very few officers in government service pay due attention to maintaining time properly.

Great people of the world used to give proper value to time. It is hearsay that Adolf Hitler banned playing cricket in Germany for saving time of the German nation. In the same way in order to give emphasis on the value of time old proverb says, ‘Brevity is the soul of wit’. The art of expressing one’s sense of mind by fewer words saves a lot of time both for the listener and the speaker.

People of Europe and the West often bring forward their clock hands in order to save times as well as availing daylight for enjoying increased working hour during the winter season when days become short. While people of the developed countries always follow the rule of saving time, we, on the contrary, like to go on the opposite direction i.e., spending more time of all persons attending any program for expressing some unnecessary words of a single person.

Wise people say, ‘A stitch in time saves nine’. Examples abound where people often have to pay a high price for not doing right thing in the right time. Nowadays in Dhaka city we are facing a new type of juvenile delinquency called ‘Kishore gang’ who make unnecessary show off in their locality. Well ahead of their being spoiled by puffing off cigarettes or drinking wine or taking any other harmful drugs coming in contact with evil companions their family members had a role to play which they hadn’t performed. Thus their legal guardians can never shirk responsibilities for their wards’ present aberration.

Discussants in formal ceremonies make most abuse of time. In such programs organizers put more emphasis on prolegomenon than the substance. Then while delivering formal speech more likely every participant spends some time on addressing the name of the president/chief guest, the names of the special guests and other dignitaries. Almost half of the time thus passes by for delivering introductory speech and at last the main speech gets cut short and becomes inconsequential.

Pedestrians are also caught napping as while walking through the footpaths or walkway often a few of them strut holding each other’s hands by blocking the entire way without considering the inconveniences of others and while crossing the busy streets don’t follow the traffic rules. Jaywalkers frequently cross the roads without following the marked zebra crossing often forcibly causing the speedy vehicles to reduce their speed with a strong jerk which ultimately lead to the loss of time of the VIPs, CIPs and busy public servants.

Wasting of time also happens through procrastination in giving decision in file works. Official works are hampered while any file remains pending for months after months for a simple decision of the superior authority. Taking too much time or dilly-dallying for doing any work or reaching any decision seems to be too bad from the service seekers’ point of view. A bad decision sometimes amounts to be better than no decision.

Ordinary people often become hostage to the managers of the transport sector who also lag behind others in maintaining time as they don’t strictly hold transport personnel responsible for not maintaining time for starting or ending their trips. Drivers of buses, trucks or launches often show off by getting involved in uneven competition for reaching in time after making unnecessary delay in setting out the journey leading to disastrous accidents in the roads or waterways killing a lot of people every day.

During the period of relief distribution among the flood or corona or other disaster affected people private organizers like NGOs often put more emphasis on spreading the name and fame of the person who makes the distribution rather than showing empathy for the victim of the situation. Here the inherent motto of the distributor implies to become famous by show off in the name of relief.

The worst practice of show off happens when large groups of students are kept standing in long queue for hours together in occasion of any VIP’s arrival in the educational institutions. Utilizing students for any affair where they have no business impacts badly upon their minds. By the same token what Hefazat has done by making students engaged in subversive activities like arson or setting fire on some offices or pelting stones towards some government establishments are simply outrageous.

The writer is a Deputy Secretary to the government, currently employed as Zonal Executive Officer under DSCC. Email: [email protected]