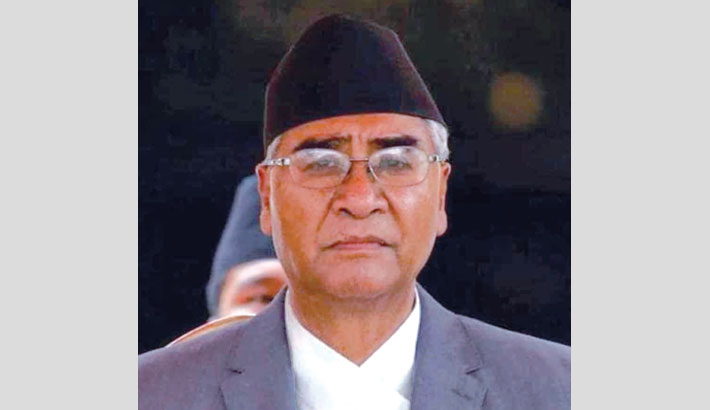 KATHMANDU: Nepal’s president appointed veteran liberal Sher Bahadur Deuba as prime minister on Tuesday, the president’s office said, a day after the Supreme Court reinstated the parliament that was dissolved in May, reports Reuters.

The new leader’s immediate task is to procure COVID-19 vaccines and control the spread of the coronavirus that has infected more than 658,000 people and killed nearly 10,000 of them - figures experts say fail to reflect the true toll.

Deuba, 75, head of the centrist Nepali Congress party, will head a coalition with former Maoist rebels and a party representing a minority community dominant on Nepal’s southern plains, the latest development in a months-long political crisis that left the country without a parliament.

Deuba, who has served as prime minister four times in the past, must win a vote of confidence in parliament in the next month.

The Supreme Court on Monday ordered Deuba be appointed in place of K.P. Sharma Oli, who had failed to win a vote of confidence and dissolved parliament twice in recent months, which the court ruled was unconstitutional.

Deuba, a staunch democrat, will aim to end corruption and create conditions for free and fair elections due next year following the latest bout of political instability, Mahat said.

But Krishna Khanal, who teaches political science at Kathmandu’s Tribhuvan University, said Deuba had struggled when he led governments before.

“The country has faced major crises every time he was prime minister in the past,” Khanal told Reuters.