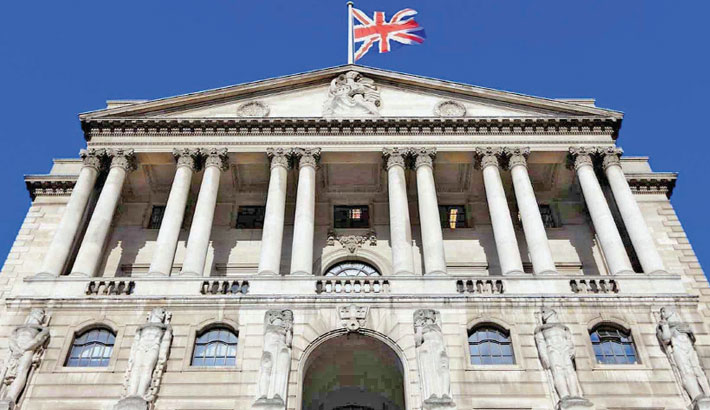 LONDON: The Bank of England on Tuesday axed pandemic curbs on shareholder dividend payouts in the commercial banking sector, mirroring a move by the US Federal Reserve.

British-based lenders had axed billions of pounds in dividends and share buybacks after the BoE requested the move to boost liquidity at the height of the coronavirus crisis, reports AFP.

“Extraordinary guardrails on shareholder distributions are no longer necessary,” the BoE said in its latest financial stability report after declaring the resilience of the sector.

The curbs were imposed in March 2020 but loosened in December with the resumption of limited shareholder dividends.

“We expect bank boards to be appropriately prudent in distribution they make both to their shareholders and their staff given the vital role banks can play in supporting the recovery,” said Sam Woods, BoE deputy governor for prudential regulation.

“That is the message that we’re giving to the banks,” he told a press conference.

The BoE added that the economic outlook had brightened thanks to rapid vaccinations.

At the same time, it expressed caution over risks to the nascent recovery, as Delta Covid variant infections continue to spike.

The update comes after recent Federal Reserve stress tests concluded that the largest US financial institutions had sufficient capital to weather a severe downturn.

That cleared the way for US restrictions on dividends and share buybacks to be lifted from this month.

The Bank of England on Tuesday added that it expected UK lenders to continue aiding the recovery from pandemic turmoil, particularly as emergency stimulus measures are withdrawn.

“Households and businesses are likely to need continuing support from the financial system as the economy recovers and the government’s support measures unwind over the coming months,” it said in its stress test report.

“It is in banks’ collective interest to continue to supply credit to support viable, productive businesses,” it added.

Britain’s economy grew for a fourth month running in May on further easing of lockdown measures but the rate of expansion slowed more than expected, recent data showed.

Gross domestic product expanded by 0.8 percent in May, but this was sharply down on April’s 2.0-percent growth rate.

The economy is set to fully reopen next Monday, despite rising infections.