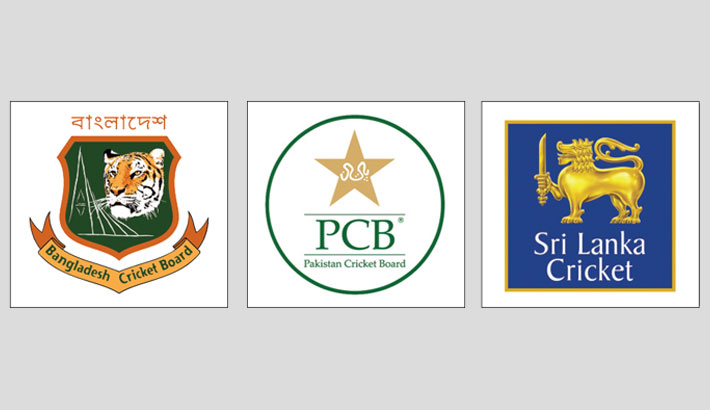 A Bangladesh Cricket Board official informed that they are ready to jointly host two ICC World Cups with Pakistan Cricket Board and Sri Lanka Cricket in the upcoming cycle for the ICC Men's Events (2024-2031).

BCB director Jalal Yunus told The Daily Sun that they are ready to co-host ICC events with PCB and SLC because they feel other neighbouring country India have the ability to host ICC events independently and their only chance lies in tying with Pakistan and Sri Lanka.

“We have already stated that we want to host the ICC Champions Trophy while we are ready to co-host other events with our neighbouring countries,” said Jalal.

“India is likely to bid to host events solely because they are capable as they have the infrastructure in place and in that case if we have to co-host we will have to do it with PCB and SLC,” he added. It was learnt that PCB wants to stage the 2027 and 2031 World Cups jointly with SLC and BCB.

PCB recently stated that they have provided bids for six global events and two of its bids have been proposed to be collaborative efforts with their South Asian boards.

BCB announced earlier that they will express interest to host the Champions Trophy in 2025 considering they have the necessary infrastructure while added that they will sit with neighbouring countries to co-host some ICC events.

The relationship between PCB and BCB has been normalised since ICC’s former chairman Shashank Manohar broke the ice between them in January 2020 when Bangladesh agreed to tour Pakistan after refusing it earlier due to security grounds.

PCB also previously abandoned their Bangladesh tour in 2017 as they argued that they had already completed two tours of Bangladesh in 2013 and 2015 respectively and not willing to tour for the third time without Bangladesh reciprocating and sending their men’s team to Pakistan.

Bangladesh toured Pakistan in 2020 and took part in a three-match T20I series against the hosts and later played the two-match Test opener but couldn’t go for their third scheduled visit for the last Test and one ODI due to corona pandemic.

During the 10th meeting of the board of directors on June 15, it was decided that they will participate in the host selection process for the ICC Men's Events (2024-2031) and to expedite the process, a management team headed by the BCB CEO has been formed. BCB directors Jalal and Ahmed Sajjadul Alam will oversee the procedure.

The ICC earlier confirmed that 17 boards have expressed interest to stage events from 2024 to 2031 as the deadline for placing the bid was June 30.