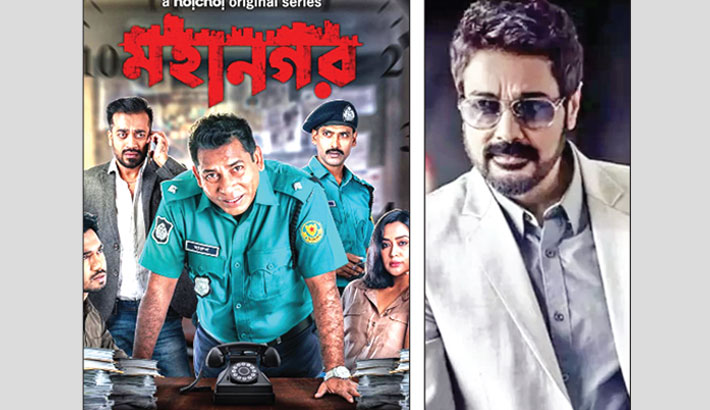 Ashfaque Nipun-directed latest web series ‘Mohanagar’ has created buzz on social media after it has been released. The eight-episode series premiered on the OTT platform Hoichoi on June 25. Audience, critics and movie lovers have praised the series as well as its director and actors for their roles.  Popular actor Mosharraf Karim has played the role of OC Harun in the series.

The post reads “I’m honoured that Indian legendary actor Prosenjit Chatterjee called me few minutes ago.  He praised the entire Mohanagar team.  He was amazed by ‘Mohanagar’. He was full of praise for Mosharraf Karim.”

“We talked for fifteen minutes. I could not believe my ears. I am absolutely humbled and feel all the more encouraged sharing more stories, right from my heart! Thank you Bumba da,” the post added.