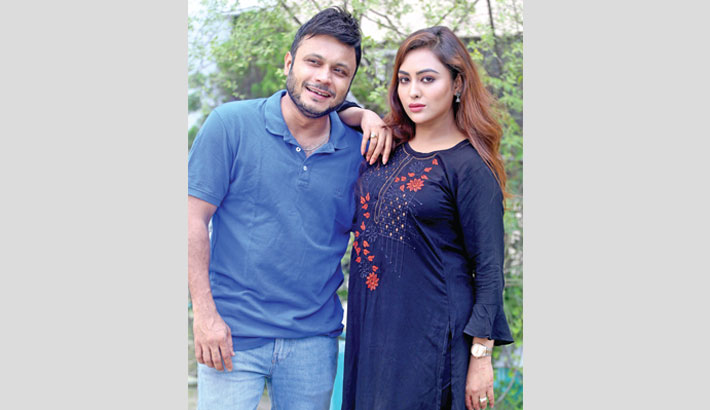 Mishu Sabbir and Tanha Tasnia will be seen sharing screen for the first time in a drama titled ‘Twenty Four Hours’. Story written by Ziauddin Raju, the drama has been directed by Saidur Emon.

Mishu said, “Tanha Tasnia is a Dhallywood actress. She is a very talented actress as well.  It is my first work with her. I hope the audience will like our chemistry in the play. Besides, Saidur Emon has made the drama with utmost care.”

Tanha Tasnia shared, “Mishu Sabbir is undoubtedly a talented actor. He was very cooperative in the shooting set. The shooting unit was also organised. I’m very optimistic about the production.”

‘Twenty Four Hours’ will be aired on a private television channel and a YouTube channel on Eid-ul-Azha, said director Saidur Emon.

Mishu Sabbir is one of the popular actors on the small screen. He won the heart of millions portraying versatile characters. His popular TV dramas are ‘Housefull’, ‘House 44’, ‘Bachelor Point’, ‘Graduate’, ‘Twist’, ‘Female’ and others.