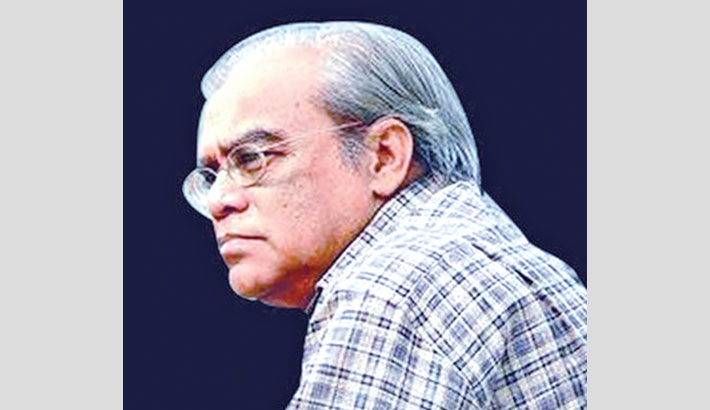 Today is the 79th birth anniversary of renowned cultural personality Abdullah Al-Mamun, one of the pioneers of Bangladesh’s modern theatre.

Abdullah Al Mamun was a playwright, actor and filmmaker. He was born on July 13 in 1942 in Jamalpur District.

Al-Mamun completed his bachelors and masters in history from the University of Dhaka.

In 1950, he wrote his first stage play, ‘Niyotir Parihas’. Subsequently, under the guidance of Munier Choudhury, he developed his skills as a playwright, director, and actor.

He earned Bangla Academy Literary Award in 1978 and Ekushey Padak in 2000 from the Government of Bangladesh. As a filmmaker, he won Bangladesh National Film Award for Best Director twice for the direction of the films ‘Ekhoni Somoy’ (1980) and ‘Dui Jibon’ (1988).

He wrote 25 dramas and seven novels, an autobiography ‘Amar Ami’ and a travelogue ‘Manhattan’.

Al-Mamun was also a filmmaker. He made his debut as a filmmaker with Angikar in 1972. His other notable movies are ‘Sareng Bou’ (1978), ‘Ekhoni Somoy’, ‘Dui Jibon’, ‘Sokhi Tumi Kaar’ and ‘Bihanga’.

He wrote stories and songs for films including ‘Oshikkhito’. His last film ‘Doriya Parer Doulati’ was released in 2010.

The noted dramatist breathed his last on August 21 in 2008 in Dhaka.