Dhaka University in the Emergence of Bangladesh– Part- VII 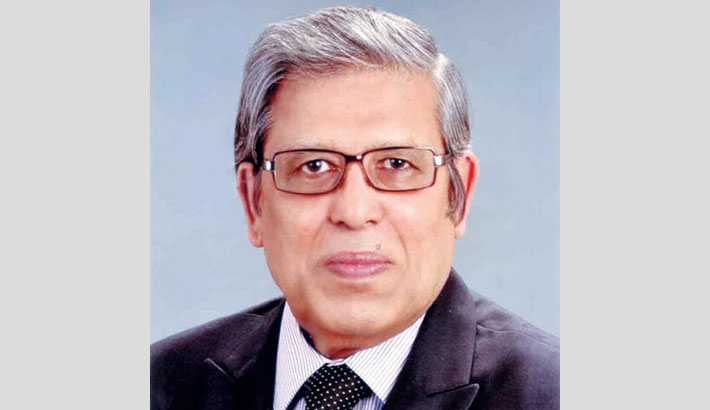 The last one was a teacher at Dhaka University at that time. Among the then students Sheikh Shahidul Islam, M.A. Rashid, Syed Rezaur Rahman, Safiullah, Nimchandra Bhaumik, Abdul Mannan, Syed Ahmad Farooq, Swapan Chowdhury were leading Mujib Bahini commanders. Mujib Bahini organised out of the domain of the Bangladesh government and received training, weapons and financial assistance from India directly. They had special training at Haflong of Assam, and Dehradun in Uttar Pradesh of India. However, 80 senior-most leaders of BLF or Mujib Bahini were trained specially by General Ovan at Kalsi, Chakrata and Tandua of Dehradun. Most of the other trainees were former and or current prominent leaders of the Students' League and labour front. A total of almost 14,000 guerrillas trained in two centers of India were inducted at different phases except the last batch. They were inducted in a group of ten each, with instruction to build up ten groups of each having ten fighters. They picked up local recruits and armed them to fight the Pakistani forces and the Razakars. They had also the privilege of recruiting people for ancillary supports, such as making shelter, arranging food, medicine and leading to the unknown destinations occupied by Razakar and Pakistan Army. The trainees in India were inducted through different points. They used to build up contacts and contained the Razakars in their areas.

No other Indian force was connected to the force in the early days of the war except for training and supply of weapons. Their operation area was identified twenty miles inside the border on the basis of understanding with regular forces and other freedom fighters. After April when the Pakistan forces penetrated deep in Bangladesh, the fighters of the Mujib Bahini kept the people's war alive by resorting to Guerrilla warfare. They used to fire at least one shot at each night near each camp on Pakistani soldiers or threw hand grandee to embarrass or keep them sleep-less and tense for the rest of the night and even the following night. They also played a significant role in distributing propaganda materials like the weeklies namely Bangladesh and Banglar Bani. They appeared in frontal wars against Pakistani soldiers in union with other forces operating in the area. Since most of them were highly educated or highly influential in areas for their special identities such as elected leaders of different Schools and Colleges, they could lead others too. This continued throughout the whole period of the war. Sheikh Moni occupied Chittagong and Chittagong Hill-tracks without any role of joint forces. Other fighters kept fighting till the last day. A Number of fighters of this Bahini including that of Mostak Hossain, Rafiqul Islam Lucky, Muhammad Kamrul Hasan of the same family; Iqbal Hasan Sharif, Nazrul Islam, Abu Taher, Swapan Chowdhury all belonging to Dhaka University sacrificed their lives but nothing was done to remember them by Dhaka University apart from putting them in the list nearer to the VC’s residence. All of us may be proud of his highness Abdul Hamid, the current Hon'ble President of Bangladesh, who was also one of the top leaders of the Mujib Bahini. He was a graduate of an affiliated college and a member of the Parliament at that time. The two sons of the then Vice President Syed Nazrul Islam had a connection with Mujib Bahini.

The writer is a former student and teacher

of Dhaka University and currently serving

as the Vice Chancellor of World University