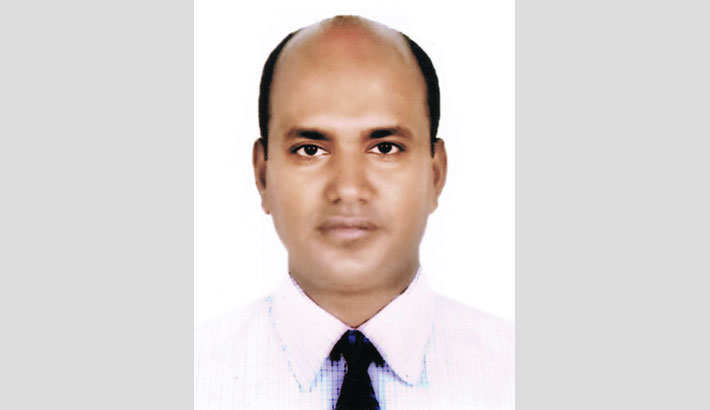 Pesticides is a chemical which helps farmers to grow more food by protecting field and fruit crops from insect pests, diseases to ensure increasing productivity. Around 925 million people i.e. one out of seven are hungry globally. Moreover, the global crop production is reduced annually by 20 to 40 percent due to insect pests attack. In addition, plant disease infection results in an economic loss of $220 billion worldwide, while insect pests’ causes US$70 billion annually (FAO 2019).

It may be estimated that more than half of the crops could be lost due to insect pests if necessary crop protection is not undertaken. Due to the positive impact of pesticide worldwide, Bangladesh also started using it from the mid 1950s and it increased significantly in late 1960s with the introduction of Green Revolution through HYV rice production. Before this period, the farmers were not conscious of the use of pesticides. It started gaining momentum and continued to increase during the initial phase of the Green Revolution era during 1960 to 1970. As the pesticides were imported by the Government and supplied free of cost later, it became a burden for the Government. 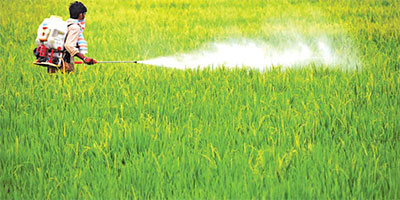 The above figures sounds a huge environmental negative impact for conscious people though the rate of pesticide use per unit area is 1.86 kg/ha which is far below compared to other developed and developing countries of the world e.g., China (14.82 Kg/ha), Japan (11.85Kg/ha), France (3.9 Kg/ha), Germany (3.8 Kg/ha), UK (2.93 Kg/ha) and USA (2.42 Kg/ha) (The Daily Star, 18 January 2018). Though, the rate of pesticide use per unit area is comparatively low in Bangladesh but it sometimes gives alarming health and environmental problems. This is due to lack of knowledge about the pesticide among the stakeholders, ignorance and poor awareness about the activities of bio control agents. Indiscriminate uses of pesticides and without maintaining Pre Harvesting Interval (PHI) at farm level are responsible for the hazards. Pesticide consumption and its impact on agricultural products (rice, vegetables, and fruits etc) are influenced positively for its high yield in Bangladesh.  For example, rice production in 1970 was only 16.7 million tons that grew up to 54.6 million tons in 2019. It increased substantially from 16.7 to 54.6 million tons annually that reached a maximum of 18.03% in 1973 and then decreased to 0.31% in 2019. Vegetable production in Bangladesh was 6.3 million tons in 2019 whereas it was only 1.15 million tons in 1970 which increased 3.73% annually (knoema.com). The fruit production was 8.86 million tons during 2006-07 and 10.21 million tons during 2017-18, the rate of increase was 11.5% annually during the last 11 years. On the other hand the citrus fruit production increased from 23,513 metric tons (1970) to 165,327 metric tons (2019) the rate of increase was 5.06% annually (knoema.com). The amount of imported fruits (apples, mandarins, oranges, pears and grapes etc) was 0.28 million tons in the first eight months of 2017-18 which dropped to 0.25 million tons during the same period of 2018-19 due to increase of the native fruits production. Therefore, to meet up the challenges of sustainable agricultural production with increasing field & fruit crops, saving foreign currency and ensuring food security- the judicious use of pesticides (with other inputs) may be used as an important tool.

The writer is an Agriculturist and Senior Insect Control Officer

(Attached from Ministry of