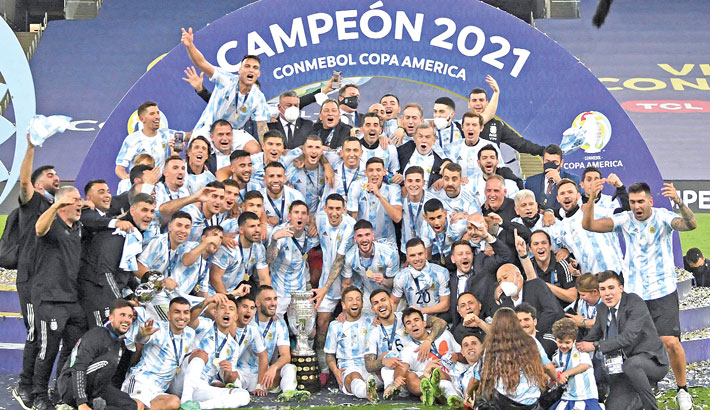 1. Argentine players celebrate on the podium with the trophy after winning Copa America final against Brazil at Maracana Stadium in Rio de Janeiro, Brazil on Sunday

When Lionel Messi, already a regular starter for the mighty Barcelona, made his international bow in 2005 as an 18-year-old for a powerful Argentina side he surely never imagined it would take him 16 years to finally claim a trophy with his country.

But the six time Ballon d'Or winner had to suffer numerous disappointments, including losing four finals, before leading his country to a 1-0 victory over "eternal rivals" Brazil in the Copa America final at Rio de Janeiro's iconic Maracana stadium on Sunday.

Despite a glittering career that has seen him help Barcelona to win the Champions League four times, La Liga 10 times and the Copa Del Rey seven times, Messi's hopes of matching that with international success were repeatedly frustrated.

In truth he wasn't as inspired in the final as throughout the tournament, even slipping over when clean through two minutes from time and facing Brazil's goalkeeper Ederson with a chance to finish the match. 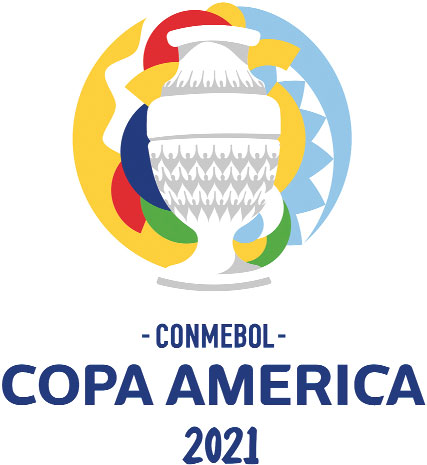 But the way his teammates threw him into the air after the final whistle showed how important and appreciated he is within the Argentina camp.

"It was my dream. It was what I wanted most in the world," said Argentina goalkeeper Emiliano Martinez following the triumph.

"We gave it to Messi, who deserved it the most."

History would not repeat itself this time around as Messi not only inspired his side but also finished the tournament as top goalscorer and with the most assists.

He was named player of the tournament, during which Messi equalled and then broke Javier Mascerano's record of 147 caps for Argentina, setting a new mark of 151 on Saturday.

His four goals during the competition took him to 76 for his country, just one off all-time South American mark set by Pele for Brazil.

Winning this tournament was no simple feat for an Argentina that was outclassed by Brazil in the semi-finals two years ago.

Neymar, who missed Brazil's victory two years ago through injury, was also seeking his first major title with the Selecao.

His wait goes on but at 29, he's five years younger than Messi, who was playing in his sixth Copa.

While he had been unable to replicate his club success at country level, Messi's never stopped trying and has always led Argentina by example.

In this tournament Messi shed blood -- from his ankle in a bruising semi-final win over Colombia -- and sweat to drag his side into the title match.

Argentina coach Lionel Scaloni even revealed Messi had played the final with a tight hamstring.

"If Argentines knew him like we (the players and staff) do, they would love him even more than they already do," sais Scaloni.

Quite apart from his goals and assists, Messi was at the center of almost every attacking move produced by Argentina.

Little surprise Scaloni describes him as "the greatest of all time."

Having won Olympic gold with Argentina's under-23 side in Beijing in 2008, and been world under-20 champion with his country three years before that, Messi finally has the senior title he's craved for so long.

And on this form, who would bet against him leading Argentina to World Cup glory in Qatar next year. 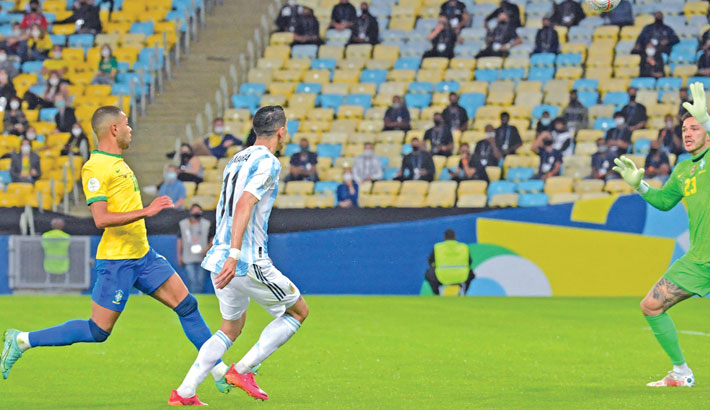 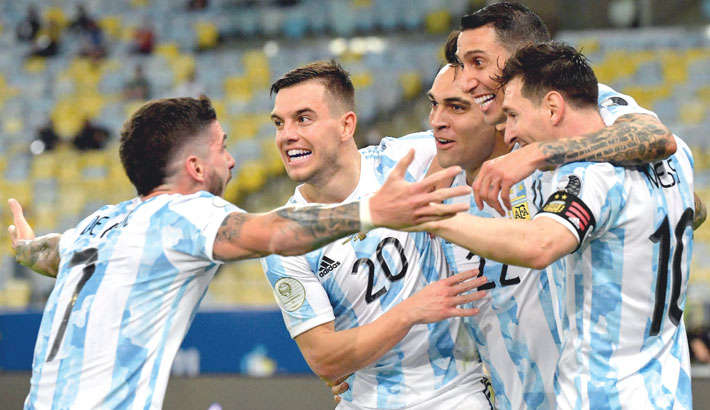 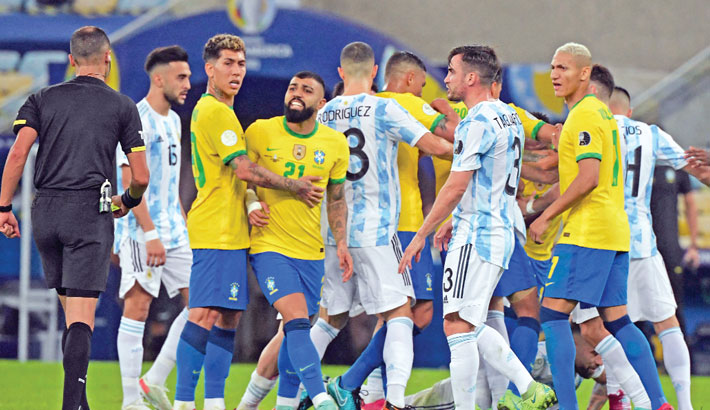 4. Players of Argentina and Brazil (blue and yellow) struggle during the Copa America final 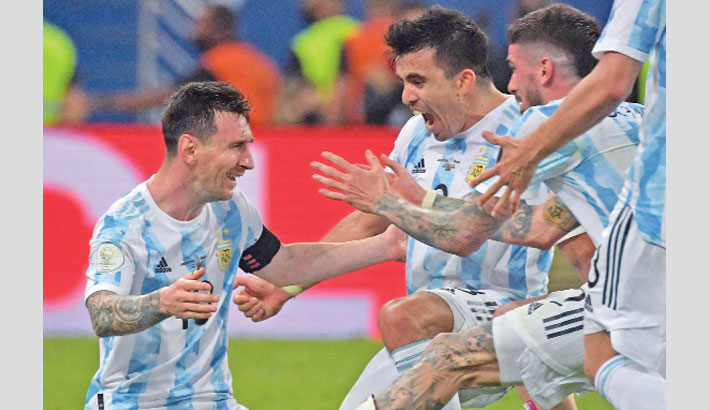 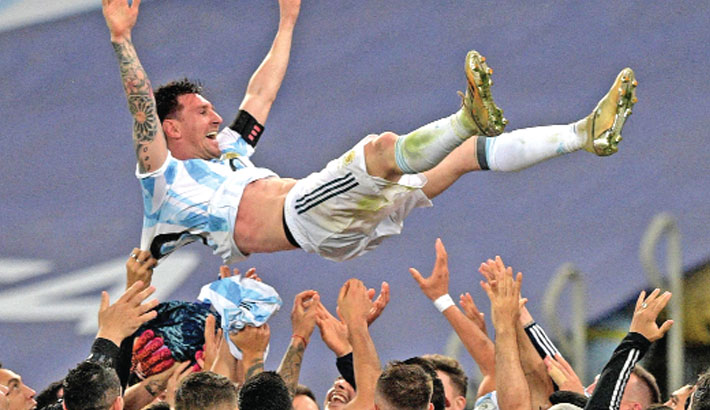 6. Argentina’s Lionel Messi is thrown into the air by teammates 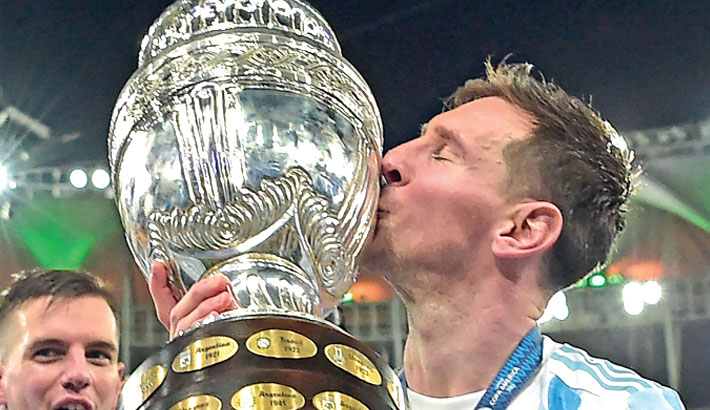