Bashundhara Group stands by the poor 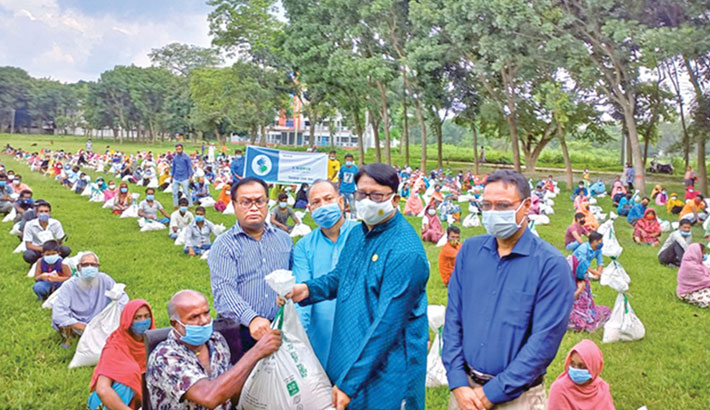 Bashundhara Group hands out relief among the destitute at a programme in Dinajpur on Saturday. Kaler Kantho, a Bengali national daily, organised the event through its social organisation Shuvasangha. — SUN PHOTO

Bashundhara Group, the country’s leading business conglomerate, has distributed relief materials among poor and helpless people in two separate events in Dinajpur in the last two days as part of its corporate social responsibility to ease their sufferings amid the Covid-19 pandemic.

A total of 400 landless people received food and other essential items at a programme at Dinajpur Government College ground on Saturday.

On the other hand, representatives of 300 families including many of railway porters received relief items at another programme at Bangabandhu Government High School at Parbatipur Upazila in the district on Sunday.