Youth ‘kills self’ as lockdown leaves him jobless

RAJSHAHI: A 26-year-old man, who lost his job at a factory in capital Dhaka due to corona-induced lockdown, was found hanging from a ceiling fan in his room early hours of Sunday with family members and police suspecting he committed suicide.

Khokon Hossain returned a dejected man at his Bashbari village in Puthia upazila of Rajshahi, after he  lost his job during the ongoing lockdown.

On Sunday morning family members found Khokon's door shut and there was no response from inside to their calls. His father found him hanging as he looked through a window. Later the family members broke into his room and recovered the body.

After he lost his job, his wife left him over a family dispute.

Khokon's father said he was frustrated for these all and might have committed suicide for the situation.

The couple has a child too, he said.

Officer-in-charge Sohorawardy Hossain said it was suspected to be a case of suicide but the body was not sent for autopsy as per wishes of the family.

However, an unnatural death case was filed, he said. 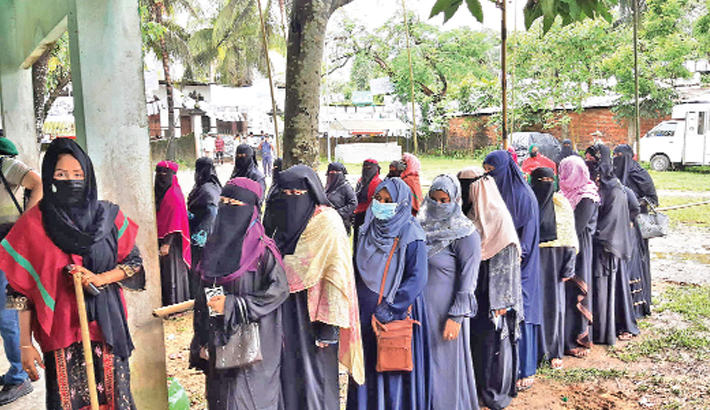 Female voters are seen standing in a queue to cast their votes in front of Baitushraf Madrasa polling centre during the union parishad election in Teknaf upazila of Cox’s Bazar on Monday. —Sun Photo 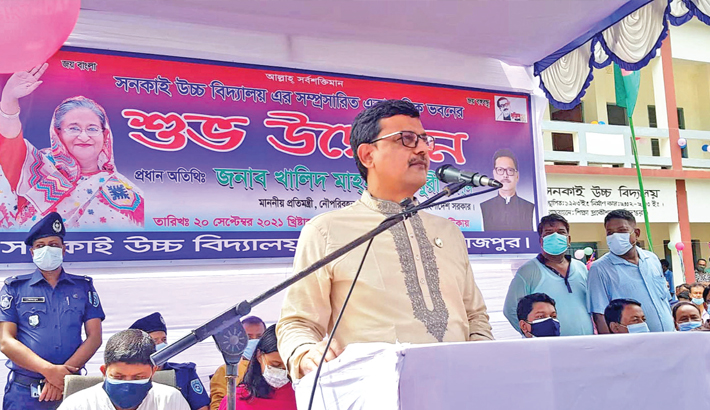