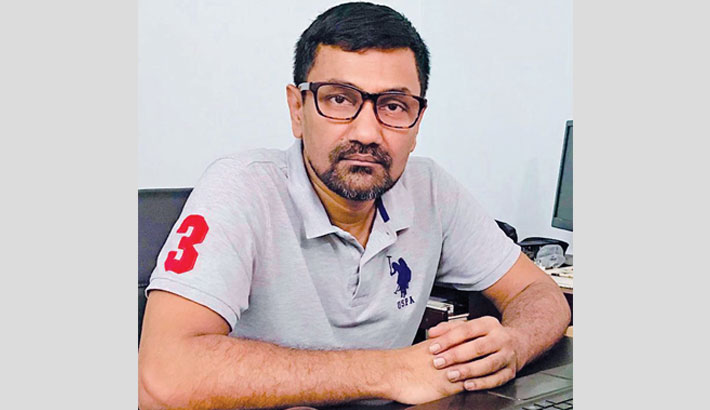 Riton also performed in many dramas and telefilms, including, ‘Dour’ on BTV, ‘Binocular’ and ‘Groho Konna’ on NTV, ‘Bachelor Dompoti’ on BanglaVision and ‘A Team’ on Channel i. Besides, he has appeared as a model in several television commercials.

Riton also produced many television projects under the banner of his production company Black & White.

He is also the writer and director of short films ‘Didha’ and ‘Ontorikkho’.

About his 20 years media career, Kazi Riton said, “I have presented many quality productions from the very beginning of my career. I always try to pick good stories and scripts. As long as I work here, I’ll try to present quality content for the audience.”

Kazi Abu Bakar Siddiky, commonly known as Kazi Riton, started his career as an actor and assistant director in 2000.  He is also the International Affairs Secretary of Television Program Producers Association of Bangladesh.