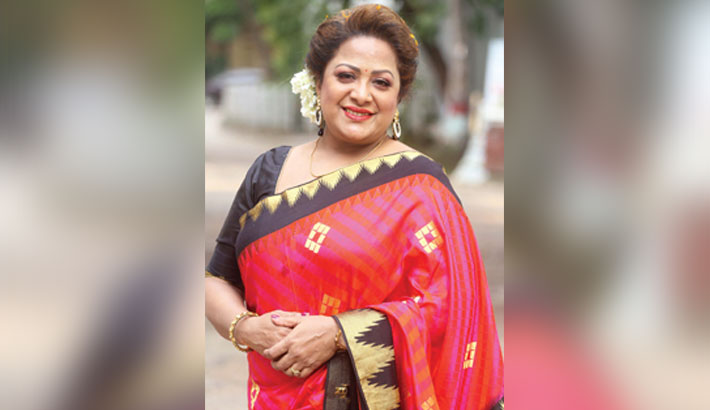 Aruna Biswas is a popular film actress. She has been working in the country’s film industry for over three decades.

Aruna started her career with Nayok Rj Razzak’s movie ‘Chapa Dangar Bou’ in 1986. Razzak was also the mentor of Aruna.

Aruna occasionally directs movies. Nine years ago, Aruna decided to make a movie based on liberation war. She also named the movie ‘Oshombhob’. At that time, she wanted to cast Razzak in the role of Bir Protik Afzal Chowdhury in the movie.

Recently, Aruna Biswas has got government-grant for her movie ‘Oshombhob’. Now, Aruna is facing problem to make her first directed government-granted movie as she is yet to find an actor who can play the role of Bir Protik.

About the matter, Aruna Biswas said, “When Razzak uncle was alive, I discussed with him about the role. It was December 6 in 2014; I went to Razzak uncle’s Gulshan residence in the morning to discuss about the matter with him. After hearing the story of the movie, he agreed to play the role.  Finally, I got the government-grant to make the film but Razzak uncle’s death shattered my dream.”

“Now, my choice for the role is Alamgir bhai or Shohel Rana bahi. I believe after hearing the story either Alamgir Bhai or Sohel Rana will agree to play the role,” she added.

Story by Prasun Biswas Mithu, Mujtaba Soud has scripted the movie. Ponir will work as cinematographer in the film.  Alongside directing, Aruna will also play an important role in the film. The shooting of movie will begin from November in Manikganj.