Former Barcelona teammates Lionel Messi and Neymar will line up opposite each other in Sunday's Copa America final looking to end a hoodoo that has also affected some of their countries' greatest players.

Like Brazil's Pele and Diego Maradona of Argentina before them, neither Messi nor Neymar has ever won the Copa.

That statistic will change for one of them in the dream final at Rio de Janeiro's iconic Maracana stadium.

For six-time Ballon d'Or winner Messi, this will be his fourth Copa final and perhaps his last chance to finish on the winning side.

He's been his team's standout performer, as ever, scoring four goals and creating five more -- the tournament leader in both categories. 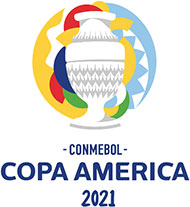 But at 34, this may well be his last Copa and next year's World Cup could be his last major international tournament altogether.

Some people believe winning something with Argentina is Messi's only remaining professional goal.

"As much as Messi, we also have players that deserve this title ... like our own 'Ney' who wasn't there for the last Copa," he added. At 29, Neymar has a bit more time on his side but he was injured and absent two years ago when Brazil won their ninth title on home soil, beating Peru 3-1 in the final. But as well as the two superstars lining up on opposite sides on Sunday, this is a classic match between two world heavyweights.

"We're going to play a final against our eternal rivals, the lifelong ones, the two most powerful national teams in South America and we hope ... it will be a great match," said Argentina coach Lionel Scaloni.

"Brazil versus Argentina is much more than a simple game of football ... these jerseys make the world stand still to watch their games. That represents the history of Brazil-Argentina," added Marquinhos.

Incredibly, these two sides are not even the two most successful ones in Copa history, with Uruguay having won 15 titles to Argentina's 14 and Brazil's nine.

In what is the 47th edition of the Copa, this is also just the fourth time these two have met in the final, with Argentina triumphing the first time in 1937 and Brazil coming out on top in 2004 and 2007.

And that is despite having faced each other more than 100 times in their history.

They have been by far the strongest two sides in the competition, even if Argentina rode their luck a touch in their semi-final penalty shoot-out win over Colombia.

The two squads are impressive for their strength in depth.

In their semi-final victory over Peru -- and despite Manchester City forward Gabriel Jesus being suspended -- Brazil left the likes of Liverpool's Roberto Firmino, Flamengo hot-shot Gabriel Barbosa and Real Madrid starlet Vinicius Junior on the bench. In midfield, Liverpool's Fabinho has been kept out of the side by a resurgent Fred, of Manchester United.

Likewise, Paris Saint-Germain winger Angel Di Maria -- a bright spark when he came on in the semi-final against Colombia -- has mostly started on the bench while new Barcelona signing Sergio Aguero has hardly had a look in for Argentina.

Messi and Inter Milan's Lautaro Martinez (three goals) have provided Argentina's main attacking thrust but they have quality and creativity throughout.

"Argentina are not just Lautaro and Messi, we cannot only concentrate on those two," said Brazil and Real Madrid midfielder Casemiro.

"They're great players, world class players, but if Argentina have reached the final it's because of the (whole) group, we have to respect this."

As well as looking to end his career-long trophy drought with Argentina, Messi could make history in another way on Sunday.

He currently sits on 76 goals for Argentina, one shy of Pele's South American record of 77 national team goals. 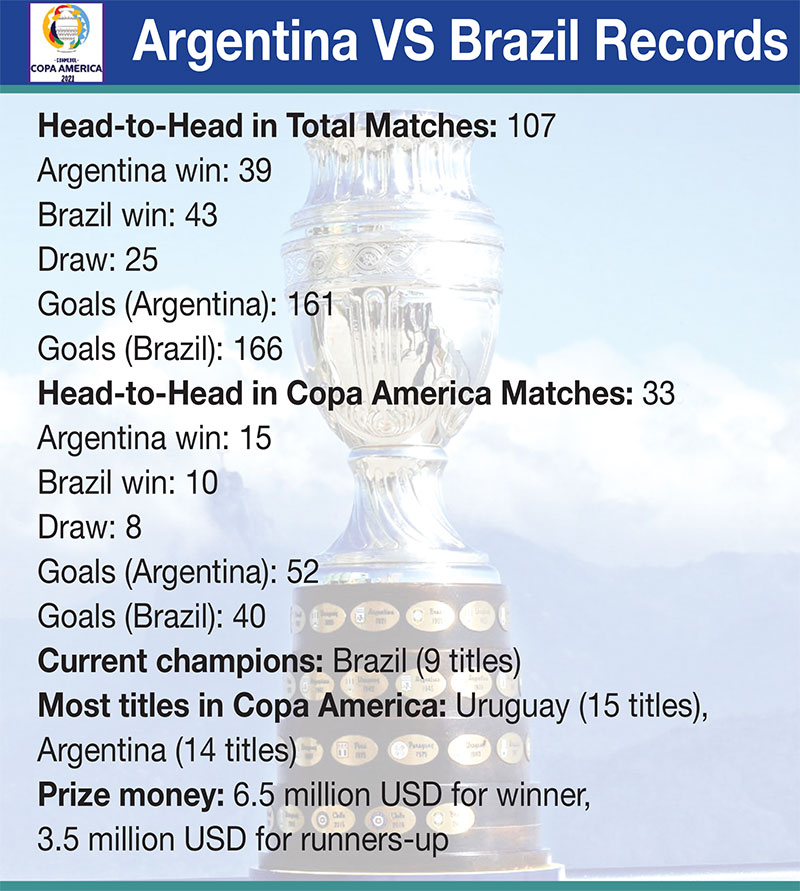 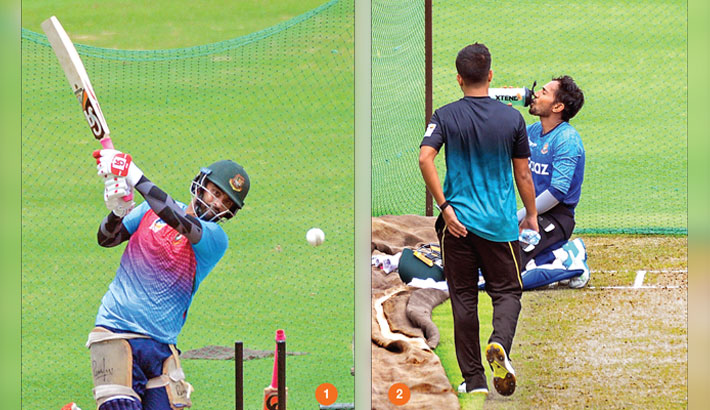 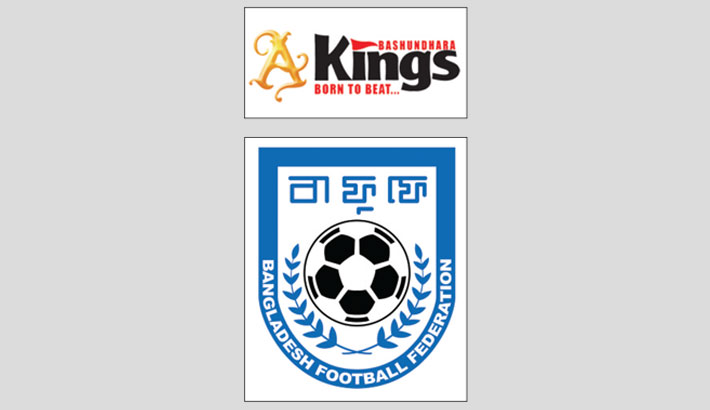 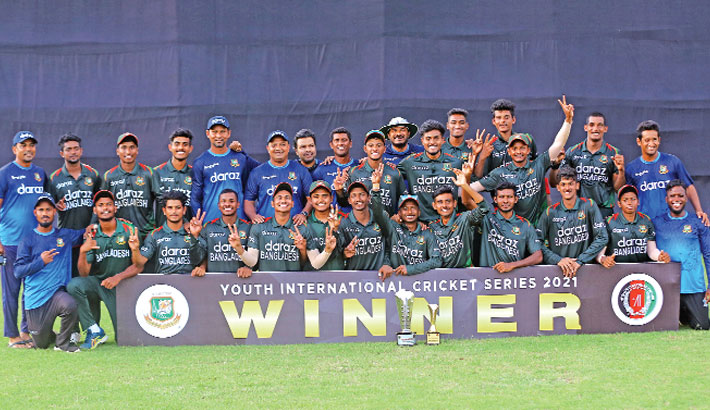 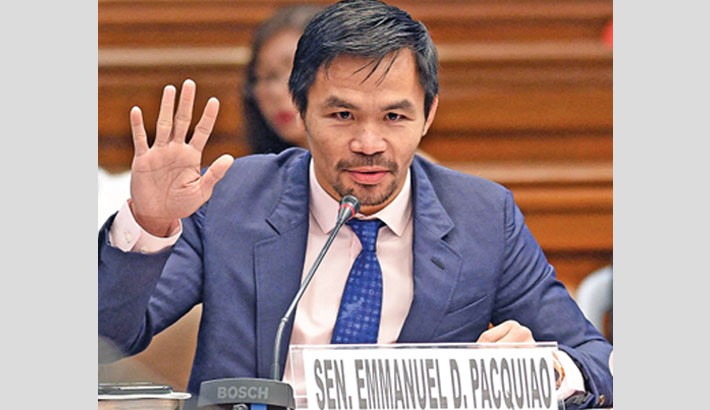