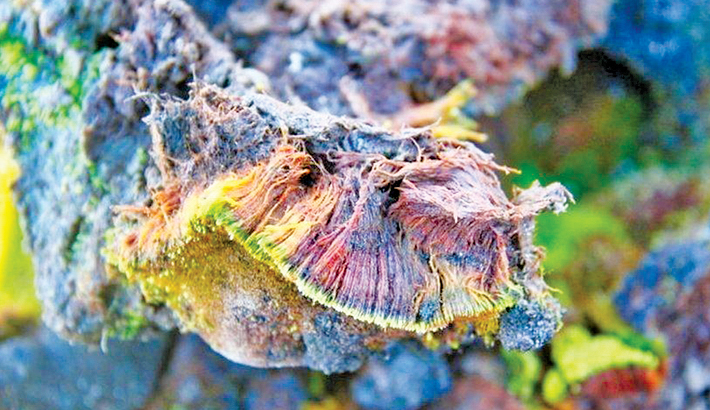 Indian scientists have discovered a new plant species in Antarctica.

Polar biologists stumbled upon a species of moss during an expedition to the ice-covered continent in 2017, reports BBC.

Identification is laborious, and it took the scientists five years to confirm that the species had been discovered for the first time.

The peer-reviewed paper describing this discovery has been accepted in the leading international journal, Journal of Asia-Pacific Biodiversity. The biologists, based in the Central University of Punjab, have named the specie Bryum Bharatiensis. Bharati is the Hindu goddess of learning and the name of one of India’s Antarctic research stations.

Prof Felix Bast, a biologist who was part of the six-month-long expedition to the continent - the 36th by Indian scientists - discovered the dark green specie at Larsemann Hills, overlooking the Southern Ocean, in January 2017. This is located near Bharati, one of the remotest research stations in the world.

Plants needs nitrogen, along with potassium, phosphorus, sunlight and water to survive. Only 1% of Antarctica is ice free. “The big question was that how does moss survive in this landscape of rock and ice,” Prof Bast said.

The scientists found that this moss mainly grew in areas where penguins bred in large numbers. Penguin poop has nitrogen. “Basically, the plants here survive on penguin poop. It helps that the manure doesn’t decompose in this climate,” said Prof Bast.

What about sunlight? The scientists say they still fully don’t understand how the plants survive under thick snow during the six winter months with no sunlight and temperatures dropping to as low as -76C.

Scientists say it is likely that the moss “dries up to a dormant stage, almost to a seed” at this time, and germinates again during summer in September when they begin getting sunlight again. The dried up moss then absorbs water from the melting snow.

After collecting the samples, the Indian scientists spent five years sequencing the plant DNA and comparing its form with other plants. More than 100 species of moss have been documented from Antartica, the driest, coldest and windiest continent, so far.

What worried the scientists was the “alarming evidence” of climate change that they saw during the expedition. They say they came across melting glaciers, crevasse-infested ice sheets and glacial melt-water lakes on top of ice sheets.

“Antartica is getting greenified. Many temperate species of plants that previously could not survive in this frozen continent are now seen everywhere because of the warming up of the continent,” said Prof Bast.

“The finding that Antarctica was greenifying was disturbing,” said Prof Raghavendra Prasad Tiwari, a leading biologist and the vice chancellor of the Central University of Punjab. “We don’t know what lies under the thick ice sheets. There could well be pathogenic microbes which could emerge when the ice melts due to global warming,”

This is the first time India has discovered a plant species in the four decades since it first set up a research station in the continent.

The first station was set up in 1984, and was abandoned in 1990 after it submerged under ice. Two stations - Maitri and Bharati - were commissioned in 1989 and 2012, and remain operational through the year