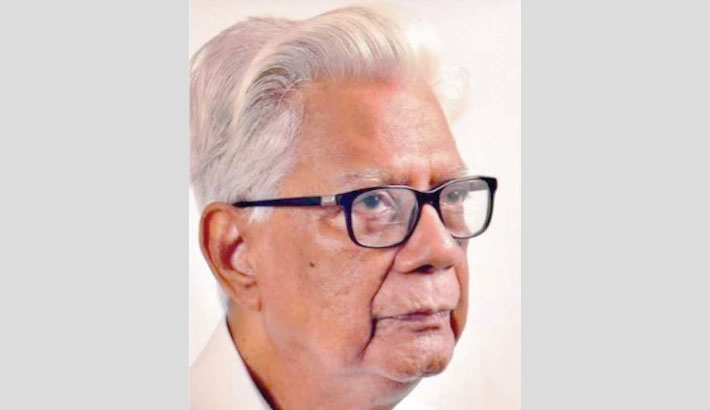 Mubinul Haider Chowdhury, a seasoned politician and general secretary of Bangladesher Samajtantrik Dal (BSD), died in a city hospital on Tuesday. He was 87.

He had been suffering from old age complications for the last few years and was admitted to Square Hospital with pneumonia on June 27.

The veteran leader was put on life support on Thursday afternoon when his health deteriorated.

He was considered one of the leading theorists in the country’s leftist politics who had deep influence on the young leftist leaders in post-independence Bangladesh.

The body of Mubinul has been kept in the mortuary of a private hospital. He has donated his body for the use of medical science.

According to his last wish, his body will be handed over to the anatomy department of Dhaka Medical College Hospital on Thursday.

Before handing over his body, his fellow politicians, followers, relatives and friends will pay their last respects to him through a brief ceremony maintaining health guidelines at Shaheed Dr Milon Chattar at 12pm.

The BSD (Marxist) has announced a three-day programme to mourn the death of Mubinul. The party flag will be lowered at half-mast at all party offices during this time.