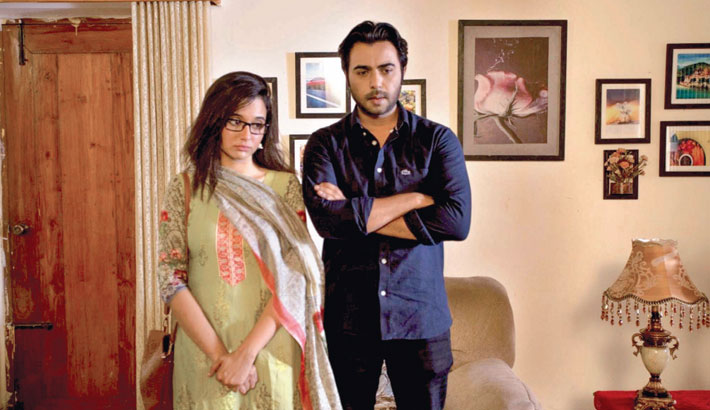 Written by Jannatul Ferdous Labonno, the play tells the story of marriage of the young couple Apurba and Sabila. Their marriage has been broken many times after taking all preparations for small reasons. Sometimes, it is just for their disagreement. Finally, they decide not to get married. Then, they fall into another trouble! Thus the story of the drama continues…

Shihab Shaheen said, “The story of ‘Biye Birambana’ is very interesting. The drama includes romance as well as fun. Before marriage, many couples are go through an emotional roller coaster ride. I wanted to bring this scenario into the drama. I think the play will be an entertaining piece for the audience.”

‘Biye Birambana’ will be released on a YouTube channel on the occasion of upcoming Eid-ul-Azha festival.

Earlier, Apurba and Sabila pair up in many hit dramas, including, ‘Exchange’, ‘Pasher Bashar Cheleta’, ‘Tejpata’. ‘Medal’ and ‘Breaking News’.