Dhaka University in the Emergence of Bangladesh – Part- IV 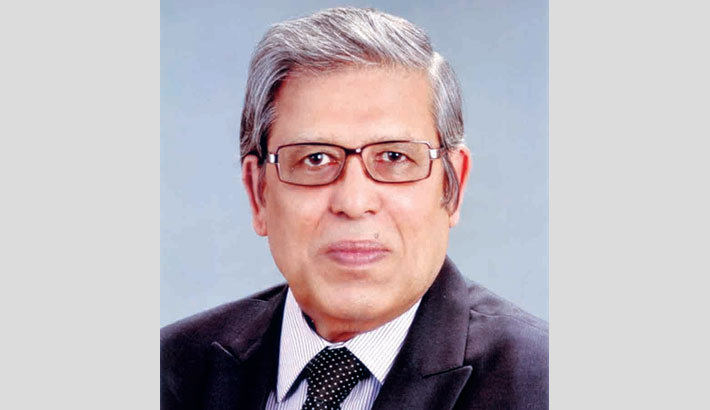 A reign of terror was let loose against Awami League. The Government of Pakistan hatched out a plan to implicate Sheikh Mujib, and 34 others belonging to armed forces in a case namely State V.S. Sheikh Mujib and others. Newspapers found it convenient to name it Agartala Conspiracy case. A sedition case was instituted in 1968 involving Sheikh Mujib as the ring leader. During the hearing of the case, students leaders of Dhaka University Central Students Union (DUCSU) namely Tofail Ahmad along with Nazim Kamran Chowdhury as well as Abdur Rauf and Khaled Mohammed Ali of Central Students’ League; Saifuddin Ahmed Manik and Shamsuddoha of Chhatra Union Motia Group; Mostafa Jamal Haider and Deepa Dutta of Chhatra Union Menon Group and Mahbubul Haque Dolan and Fakhrul Islam Munshi of a splintered Faction of NSF-having allegiance to ruling government launched the historical 11 point program. On intensification of the movement, General Ayub government was forced to withdraw the case and the people of East Pakistan conferred the title of 'Bangabandhu' on Sheikh Mujib, although the Awami League and the Students' League used to call him 'Bangashardul' meaning Tiger of Bengal from the date of declaration of 6 point program on 5 January 1966 in Lahore.

Sheikh Mujib’s nephew and former Secretary of Students League could earlier got out of the jail and partly openly and partly secret activities of the BLF revived. Sheikh Mujib was released on 23rd February 1969. Bangabandhu continued to carry out parallel democratic activities and armed preparation for independence. He even decided the colour and shape of the national flag; chose a song of Tagore - as indicated before as the national anthem. In late 1969, Bangabandhu went to London for so-called medical treatment and met Indira Gandhi. In clear terms, he stated that he would attain landslide victory in the next election scheduled in 1970, but Pakistan would not allow him to rule the country. And, therefore, he expressed his intention to launch a movement for independence, asked for training, assistance in arming, procuring weapons and publicity facilities to freedom fighters of Bangladesh to Indira Ghandi. When she gave the green signal a politician named Chitta Ranjan Suter was made a go between. After winning the 1970 election, Bangabandhu emerged as the undisputed leader of Bangladesh; and in March 1971, Indira also returned to Power in India. Bilateral talks continued and Bangladesh Liberation Front (BLF) central command was re-constituted with Sheikh Fazlul Huq Moni, Serajul Alam Kahn, Abdur Razzak and Tofail Ahmed. Razzak remained the head of the volunteer force. As said earlier, the 11 point program caused departure of Ayub from power but allowed stage back of another military ruler, namely Yahya Khan who promised a general election for whole of Pakistan in order to restore democracy. The election was thought to take place according to a one man and one vote basis. This gave an opportunity of having 160 Assembly members in the Eastern wing out of a total of 300 members. Among the reserved seats for women, seven were earmarked for East Pakistan. A Legal Frame Work (L.F.O) was announced by the election commission which provided so-called guide lines but in essence restrictions so that Awami League failed to come in power.

All Pakistan based election of 1970

Before and after the 1970 elections, Sheikh Mujib indicated several times that he would declare independence, if he could not implement his 6 point program. He also expressed his desire to throw away the LFO that indicated several impediments to the transfer of power after election into the dustbin after the elections. On November 12, 1970, in response to a question on the freedom of Bangladesh by a journalist at a post-cyclone press conference, he enthusiastically said ‘not yet’. In January 1971, Bangabandhu took the initiative to inaugurate the Bangladesh Embassy in USA to read the mind of US authority. At the informal swearing-in ceremony of electorates on January 3, 1971, he announced the severe punishment for those who would break the covenants of 6 point program. The Bangladesh Liberation Front was renamed as Bangladesh Liberation Force at a convenient moment. The changing of the name heralded the advent of armed struggle. The 4 youth leaders named earlier were given the responsibility of BLF as a strategy to bring different scattered forces under a central command. Mr. Chitta Sutar the go-between Indira and Bangabandhu was given additional responsibilities of working with Tajuddin and 4 youth leaders. Chitta Sutar was earlier an Awami League MP who migrated to India but had contact with Sheikh Mujib who assigned him the responsibility of contacting various intelligence agencies too in India to create a conductive attitude towards the emerging liberation war. Mr. Sutar arranged accommodation for future trainees in India and worked towards creating congenial environments for all who would take training en-masse. In order to hide the activities from the eyes of Pakistan intelligence, he was also assigned to work under the clear direction of Begum Fazilatunnesa Mujib. In March, Dr. Abu Henna was secretly sent to Chitta Sutar to assess the progress. Finding everything alright, he returned home. Bangabandhu instructed Tajuddin too, to contact the officials of the High Commission of India in Dhaka. Another route was created through Zahirul Qayyum of Comilla to have quick contact via the Tripura State Government authority to assist Bangladesh.