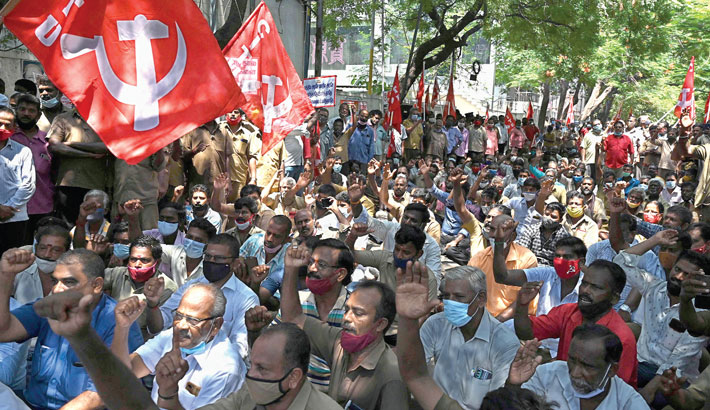 Members of the Communist party of India Trade Unions shout slogans as they stage protest against the price increase of petrol in Chennai on Tuesday. 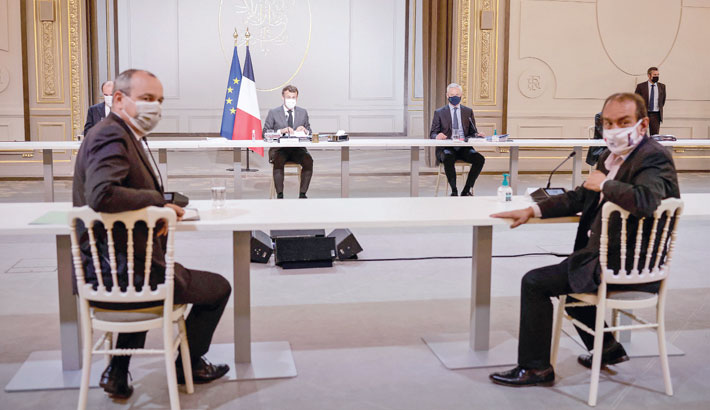 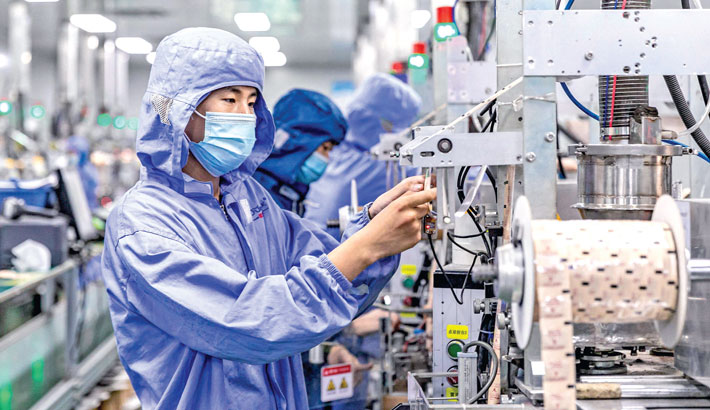 A worker produces deoxidizer which will be exported at a factory in Haian, in China's eastern Jiangsu province on Monday. 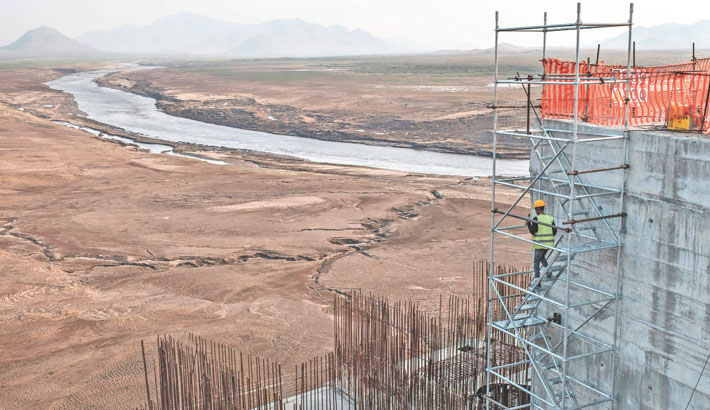 A worker goes down a construction ladder at the Grand Ethiopian Renaissance Dam (GERD), near Guba in Ethiopia. Ethiopia has started the second phase of filling a controversial mega-dam on the upper Nile River, Egypt said, raising tensions ahead of an upcoming UN Security Council on the issue.