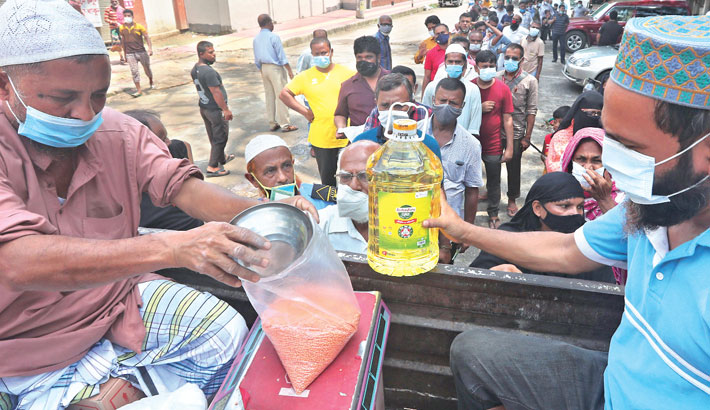 People waiting in queues to purchase essential commodities at the nationwide open market sale of Trading Corporation of Bangladesh (TCB) on Jatiya Press Club premises in the capital on Monday. 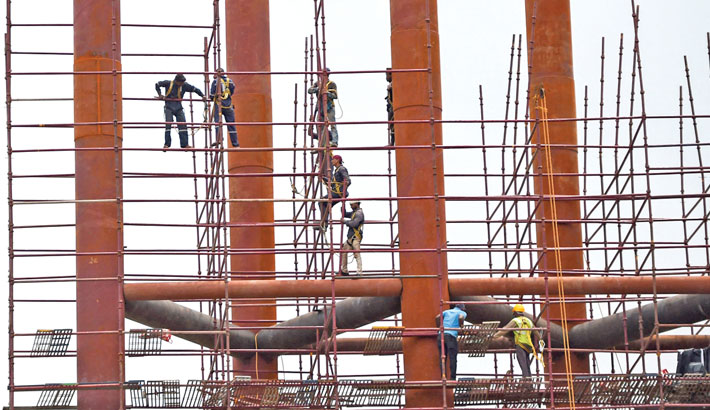 Workers stand on scaffoldings at a construction site in Mumbai on Monday. 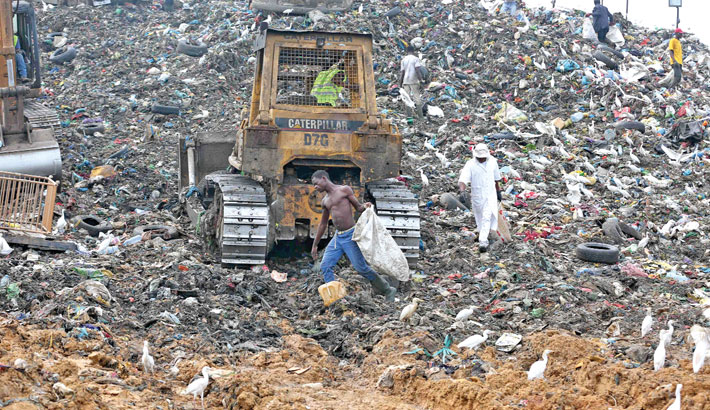 Young men walk past an excavator used to work on the trash heap at the Mindoubé dump in Libreville recently. Dozens of children live and work at the Mindoubé dump where they search for copper or aluminium objects to sell. Gabon, a small central country of 2 million people, is one of Africa's biggest oil producers and one of the richest per capita in the region. But according to the World Bank, a third of the population lived below the poverty line in 2017. 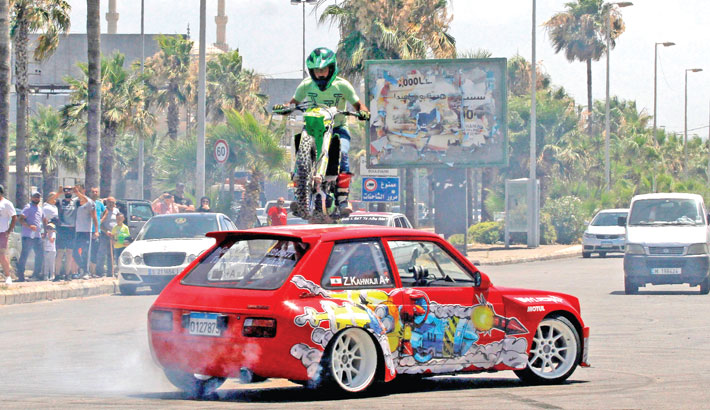 A Lebanese motorcycle rider jumps over a drifting car during a show entitled "Calm Down", in light of the severe economic crisis that Lebanon is witnessing in the southern city of Sidon (Saida), on July 4, 2021. Lebanese are grappling with a raft of shortages, including petrol, as the caretaker government discusses lifting subsidies it can no longer afford amid what the World Bank says is one of the world's worst financial crises since the 1850s. 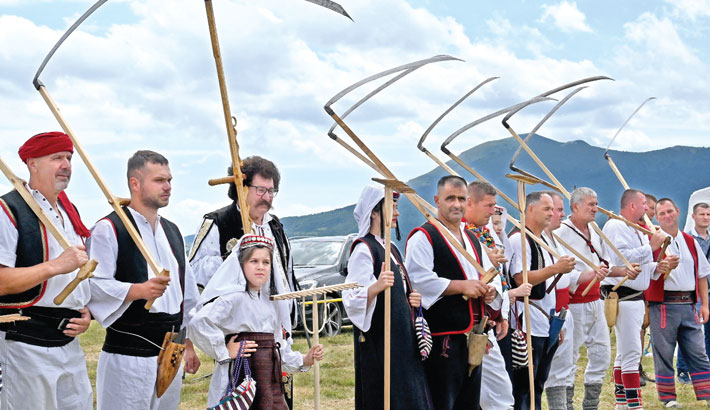 Bosnian men prepare for the traditional grass mowing competition on July 4, 2021 in the village of Strljanica, near the western-Bosnian town of Kupres. Annual grass mowing competition is the most important social event in Kupres municipality. Since 2020, the Kupres grass mowing tradition has been listed as Non-material World Heritage and the contest is dedicated to safe guarding this tradition. The contest involves the manual mowing of grass using a scythe and is judged by the time, effort and amount mowed as cutting grass at high summer temperatures and at altitude, requires strength and a special technique. Winner of the competition is recognized as the chief mower and treated as a leader who ensures the successful mowing of all the fields to gather hay for the cattle since agriculture and cattle breeding are essential parts of the area’s economy. Other elements linked to the competition include traditional costumes and forging of scythes.