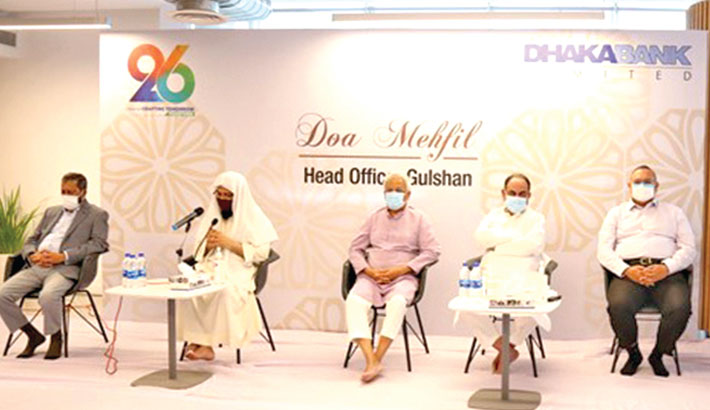 Dhaka Bank Chairman Hai Sarker is seen at the 26th founding anniversary celebration of the bank through online platform at Gulshan in the capital recently.

Dhaka Bank Limited has celebrated the 26 years of founding anniversary in the capital recently.

On the occasion, a Doa Mahfil was arranged by maintaining social distance and safe hygiene rules at its head office at Gulshan, said a press release.

Emranul Huq, Managing Director and CEO of the Bank with minimum number of employees were also present at the programme.