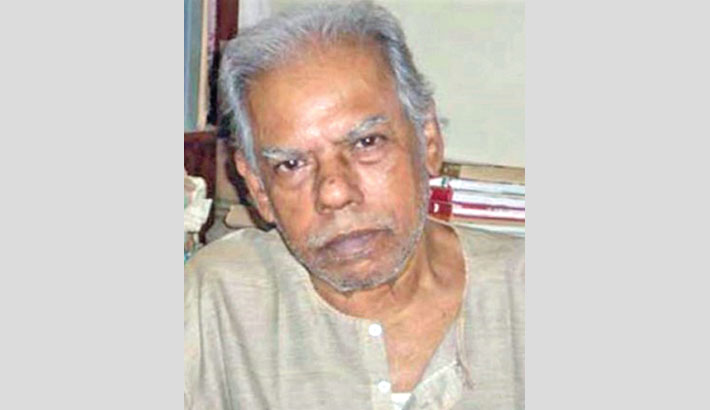 Eminent lyricist Fazal-e-Khuda passed away on Sunday at Shaheed Suhrawardy Medical College Hospital in the capital while undergoing treatment for coronavirus. He was 81.

The legendary lyricist, who penned the iconic patriotic song “Salam Salam Hajar Salam”, was also suffering from diabetes and kidney ailments for a long time.

Prime Minister Sheikh Hasina expressed deep shock and sorrow at the death of Fazal-e-Khuda, who would be remembered for his patriotic, modern, folk, and Islamic songs.

In a message of condolence, the Prime Minister prayed for eternal peace of the departed soul and conveyed deep sympathy to the bereaved family.

Gitikobi Sangha, Bangladesh, a platform of lyricists, also mourned the death of the veteran lyricist. Fazal-e-Khuda was born on March 9, 1941 in Banagram village of Bera upazilla under Pabna.

At the initial stage he began writing as a rhymester and later began penning songs. In 1963, he was enlisted as  a lyricist in the then Radio Pakistan and in 1964, he was enrolled in Pakistan Television. He also wrote songs for movies.

Fazal-e-Khuda penned around 10,000 songs in his illustrious career.

But his song “Salam Salam Hajar Salam”, tuned and sung by Abdul Jabbar, surpassed his all other creative works as it boosted the morale of the mass people and freedom fighters before and during the Liberation War of Bangladesh.

The song was ranked 12th in the list of top 20 Bangla songs of all time in an audience survey conducted by the British Broadcasting Corporation (BBC).

The former director of the national broadcaster Bangladesh Betar was the founder of children organisation Shapla Shaluker Ashor. Fazal-e-Khuda was also known as a poet. In the 1970s, he was the editor of monthly children magazine ‘Shapla Shaluk’. He authored 33 books, including 15 anthologies of poems and rhymes.

He left behind his wife, three sons and a host of relatives and admirers to mourn his death.

He was buried at the Rayer Bazar Graveyard on Sunday after Asr prayer following his namaz-e-janaza.