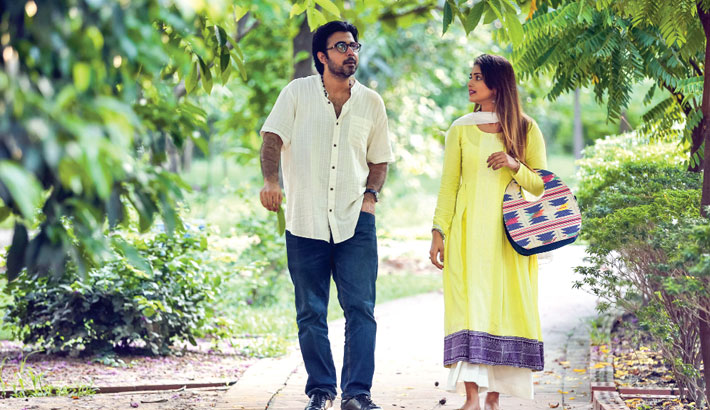 Versatile small screen actor Afran Nisho will appear as a poet in his new drama titled ‘Ek Mutho Prem’. Actress Tanjin Tisha will be seen as Nisho’s fan and lover in the play.

Jointly written by Fahim Hasan and Zakaria Shoukhin, the play has been directed by Zakaria Shoukhin. In the meantime, filming of the project has been completed at different locations in the capital recently.

‘Ek Mutho Prem’ revolves around a poet (played by Nisho), who is very smart and modern. He is very popular, especially among the female fans. Love comes and goes in Nisho’s life. Guardians of his lovers do not want to get their daughters’ marriage with Nisho. Because he does not has any secured income source.

About the drama, director Shoukhin said, “This is a romantic, comedy as well as satire genre drama. The story depicts a poet’s happiness, sorrow, and love. Nisho acted so well in the drama. I hope, the audience will like our work”

Produced by SK Shaheed Ali Pappu, the drama will be released on a YouTube channel on the occasion of Eid-ul-Azha.