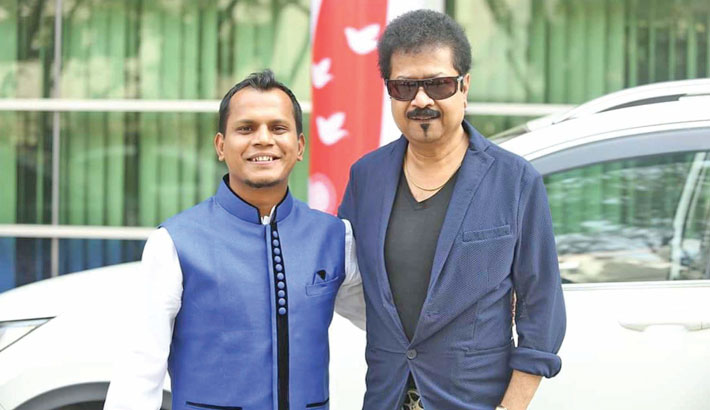 The recording of the track ‘Aponar Cheye Apon’ has been completed at the singer’s own studio in the capital’s Uttara area few days ago. About the song, Kumar Bishwajit, “Jibon always writes well. But his new song’s first two lines ‘Ei Khub Ragaragi Hazaro Nalish, ‘Ei Abar Bhagabhagi Ekta Balish’ are amazing. I  really like these two lines. Belal also has composed the tunes of the song well. Overall, I’m very hopeful about the song.”

Lyricist Jibon said, “Kumar Bishwajit dada lends voice to any song if it is to his liking. His vocal is also very exceptional. Two years ago, I discussed with him about my new song. He liked the lyrics of the track. Finally, Bishwajit dada has lent his voice to the song.”

“The song will be released on the occasion of Eid-ul-Azha under the banner of CD Choice. I hope listener will enjoy it very much”, Jibon added.

It may be mentioned that, Kumar Biswajit’s song ‘Bristi Alei Asho Tumi’ was released in 2018.  Lyrics written by Robiul Islam Jibon, the song got huge response from the audience at that time.

On the other hand, recording ‘Jowan Polapan Chara Ki Boitha Tana Jai’ was done at Bappa Majumder’s studio in the capital’s Bananai area on June 30. Emon Saha has composed its tune and the song will be used in the government-grant movie ‘Golui’ directed by SA Haque Alik.

Kumar Bishwajit is very much excited about the playback song.