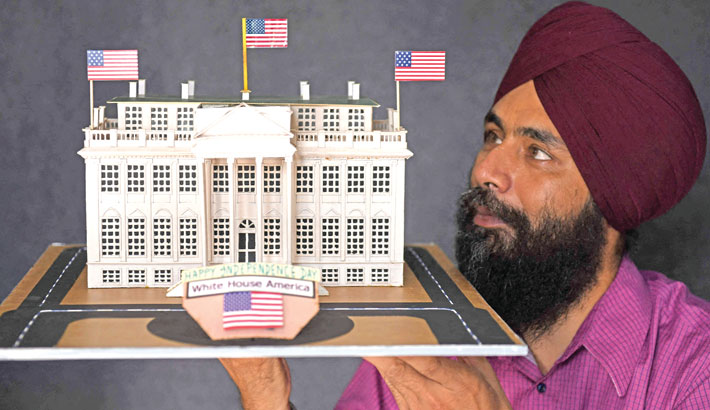 WASHINGTON: The Fourth of July is celebrated as America’s Independence Day in observance of July 4, 1776, when representatives from the 13 colonies that became the United States approved the historic Declaration of Independence, a grand announcement of the colonies’ self-declared independence from England, reports VOA News.  The Fourth of July has been a federal holiday since 1941. It is usually a day for families and friends to get together for backyard barbecues. Many cities and towns throughout the US celebrate the day with picnics and parades and fireworks displays.

This year, the Fourth of July may be the first time many families and friends see each other in more than a year, as the country begins to emerge from restrictions imposed in response to the COVID-19 outbreak. The American Automobile Association is predicting a record number of cars on the highways this year, while airlines are struggling to keep up with the demand for tickets.

Face masks are still mandatory, however, on all forms of public transportation.

“We hold these truths to be self-evident, that all men are created equal, that they are endowed by their Creator with certain unalienable Rights, that among these are Life, Liberty and the pursuit of Happiness,” the country’s founding fathers wrote in the Declaration of Independence. Women were not considered equal, and many of the signers of the declaration were slaveholders who did not view slaves as equal or endowed with rights.

In July 1852, Frederick Douglass, a former slave and great orator who traveled the country and abroad to lecture about the evils of slavery, was invited to give a speech in Rochester, New York about the Fourth of July. In what is perhaps his most famous speech, Douglas asked, “What, to the American slave, is your 4th of July? I answer: a day that reveals to him, more than all other days in the year, the gross injustice and cruelty to which he is the constant victim.”

America continues to struggle with inequalities based on race and gender.