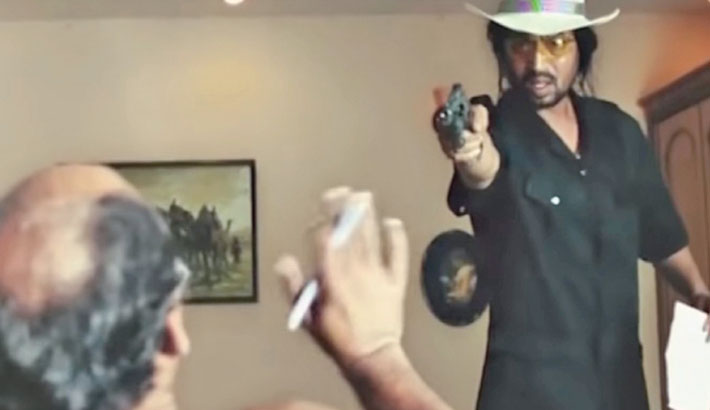 A still from ‘Dubai Return’

Late Bollywood actor Irrfan Khan’s 2005 film ‘Dubai Return’ was released on YouTube, after 15 years of its completion in 2005. The film is being stream for viewers from Saturday. Earlier, Irrfan Khan’s son Babil took to Instagram and shared the good news with fans along with the film’s poster on Friday. While sharing the new poster, he wrote, “Releasing tomorrow on YouTube!"

The film was also showcased at the International Film Festival of India in 2005 and was all set for a theatrical release which was cancelled due to unspecified reasons. Producer Manya Patil Seth had told Scroll last year that she would love to witness a theatrical release of the film and the team has been constantly trying to get it done also over the years. She explained that there were some technical and legal reasons involved according to which they were unable to release it. Irrfan Khan was last seen in Homi Adajania's Angrezi Medium which was released before the pandemic hit Indian shores last year. He has few other unreleased movies, including Anup Singh's Songs of the Scorpions.

Meanwhile, Irrfan Khan’s son Babil is too set to walk on the footpath of his father after he dropped out of college to pursue his career in acting. The actor shared two throwback pictures from his college days while penning a lengthy emotional post and thanking his friends at the University of Westminster for giving him ‘a home in a strange cold place.’ “I will miss you so much. My beautiful friends. I have a very tight circle here in Mumbai, literally 2-3 friends in total. You all gave me a home in a strange cold place and made me feel like I belonged. Thank you, I love you. Film BA, dropping out today, with over 120 credits cause I’m giving it all to acting as of now. Goodbye university of Westminster. I love you my truest friends (sic),” he wrote in his Instagram post.