On hundred years of Dhaka University 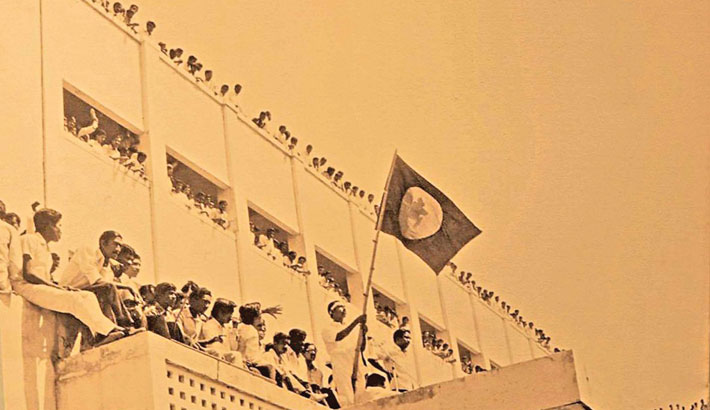 The history of Dhaka University (DU), known as Oxford of the East, is not just a history of an educational institution, but a history of overcoming all the adversities of the people of a country. It is the gradually rising, straight out of history, of socio-economic, cultural, and political evolution of a backward town. DU has contributed the most to the development of national art, literature, and culture of Bangladesh. This university has controlled the intellectual world of this country. The glorious role of the students and teachers of Dhaka University in the rise of Bangladesh from the language movement is incomparable.

The journey of Dhaka University started on July 1, 1921, with due solemnity with limited teachers and students. The first Chancellor of Dhaka University was the then Provincial Governor Alexander George Robert Buer. The first Vice-Chancellor was P J Hartog. He was the Registrar of the University of London for seventeen years. The establishment of the DU was essential to sustain the progress made in the higher education of the people of East Bengal. After the establishment of Dhaka University, the students of East Bengal got the opportunity of modern education and with this modern education, they could get the opportunity to enter into various professions including the government services. It helped in not only improving the economy but also in creating a cultured middle class.

We have a deep relationship with DU. The history of the development of the Bengali nation and the birth of the state of Bangladesh is closely associated with Dhaka University, the heart of the country's free-thinking movement. The teachers and students of this university have led the struggle for the dignity of the mother tongue; Fresh blood from the students poured out on the streets as they fought for the Bengali language in 1951 and jumped into the armed liberation war with infinite courage in 1971. They have always been active in all intellectual and democratic movements for the political-economic-cultural liberation of the beloved motherland. Therefore, Dhaka University is shining in its glory as the main institution that nurtures all the cultural, social and political traditions of the country. This is the uniqueness of DU.

Undoubtedly, there has been a lot of good research, innovation, and creative and thoughtful work at DU in the last one hundred years. In the centenary of the birth of the university, we have to carry the tradition of knowledge, research, political and cultural heritage to the new generation. DU in line with the progress of science and technology and the needs of the age started thinking anew about the subjects, curriculum, teaching, research and innovations. 'Bangabandhu Overseas Scholarship' has been introduced for the teachers of DU. Under this scholarship, our young teachers are getting opportunities for higher education and research in world-renowned universities. This is increasing the quality of research of Dhaka University and it will be useful for the development of the country. It is noteworthy that to attract students to study and research at DU, an initiative has been taken to provide scholarships to ten foreign students under the 'Bangabandhu Scholarship for Foreign Students’ on the occasion of the hundred years of Mujib's birth centenary. Thankfully, our Hon'ble Prime Minister Bangabandhu’s daughter Sheikh Hasina has a constant urge in this regard.

DU is now at the top in terms of the number of departments, students, and teachers. In that case, it is also necessary to increase the dynamism of interest in studies. We hope that in this age of extreme excellence in communication, intelligent students and teachers will sharpen themselves with new knowledge, innovation and creative things. Inspire the new generation with the spirit of the liberation war.

DU has indeed been catering to the educational needs of students belonging to the middle and lower-middle classes. This university has also been serving the nation for a long time. The admission tests of DU are tough. DU has been admired since its inception for the quality of its education which was of global standard. Also the students of this institution have played the most important roles in the history of independence of Bangladesh. One cannot avoid talking about the glorious past of DU when one thinks about it. It’s very interesting to notice that we have always talked about the past whenever any discussion comes up. No one talks about how the university is coping with the demands of the 21st century. In the current global scenario, how is DU preparing its students in terms of nation-building? How many graduates from this institution are entering the corporate world successfully?

The university is primarily a learning center as well as a research center. The claim is valid and the DU authority should focus on the issues. In the age of globalisation and the Fourth Industrial Revolution, considering the good and bad effects of science and technology, DU has been trying to move forward in anticipation of the challenges of the 21st century, which makes us optimistic. It is our expectation that DU will develop meritorious students of the society as skilled human resources with generous, humane and scientific outlook. On the centenary of our beloved Dhaka University, we wish it to go ahead with glory, moving forward to proudly represent Bangladesh in the world.