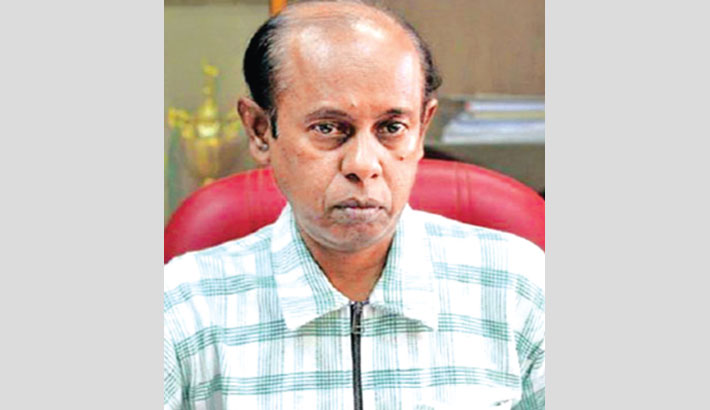 Bangladesh has advanced another step towards social justice. The government has announced a special tax rebate for employers of members from third gender communities to ensure their inclusion in the mainstream of society. The way to create opportunities for third gender people is not easy. Reservation or financial incentive is not only to promote a group but a political commitment of the government to people and also to recognise them as legitimate citizens. If the scope of employment for them can be opened, their acceptance in society will increase. Nobody is surprised today to see women in offices. This change has occurred within society during the last few decades which is also possible even in the case of the third gender. Best if it comes from inside the society but it is also a responsibility of the state to show the way. The Bangladesh government has acknowledged that responsibility.

Third gender people are normally called Hijra (Eunuch in English and Hebrew, Khunsa in Arabic) but also includes other sexual identities like transgender, transmen or transwomen, transsexuals, brhannala, etc. Conventional connotation of Hijra is negative and insulting too but their advancement began long ago. Hijras in Madhya Pradesh, India established their political party called Jeeti Jitayi Politics (JJP-politics that has already won). Getting voting right in 1994, Shabnam Mausi Bano was the first transgender Indian to be elected as an MLA of Madhya Pradesh during 1998 - 2003. Manabi Banerjee, India’s first transgender woman, started working as principal of Krishnanagar Women’s College in Nadia, West Bengal in 2015.

Being inspired (probably) by these instances, for the first time in 2017, Nadira Khanam from the third gender participated in Rangpur City Corporation election but she had to choose female identity. To remove this confusion of identity, policy was approved in the cabinet in 2013. Official gazette, recognising the Hijras as third gender, was published on January 26, 2014. Yet, their identity remained blocked within legal complications. Even many of them do not know it. Decision of the government is certainly commendable but only the official gazette can’t change anything. Success of a decision depends on its implementation, change of attitude of society, sincerity of concerned officials, identifying the problems properly and working towards a solution. With a view to developing their condition, a pilot project was initiated in seven districts under the supervision of Directorate of Social Services in the financial year 2012-13. Budget allocation was Tk. 72.17,000. It was extended to fourteen more districts in 2013-14. Budget allocation was raised to Tk. 5,56,00,000 in the financial year 2019-20. Chittagong City Corporation appointed 12 Hijras as cleaner in 2017. DC, Rajshahi appointed two Hijras in his office in 2019. For the first time the election commission enlisted 360 third gender voters in 2020.

Before initiating any welfare programme it is essential to know the exact number of that group but confusion prevails regarding the number of Hijras in Bangladesh. According to the Directorate of Social Services it is around 10,000 but unofficially it is much more. State minister for the Ministry of Social Welfare informed parliament that the number of Hijras in Bangladesh is 9,892. Insolvent and aged Hijras over 50 are given an allowance of Tk. 500 per month. Moreover, stipend Tk. 300, 450, 600 and 1,000 are given at primary, secondary, higher secondary and higher education level respectively. (Prothom Alo, 29-02-2016).

Most Hijras are illiterate, socially excluded or ostracised. They lead poor lives, live in groups in an unhygienic environment at the fringe of society. They are victims of discrimination in health and medicare facilities, housing, education, employment, immigration, legal matters. Their traditional occupation is to collect (please read - extort) money from shops and individuals in markets, on traffic signals, extort money through dancing and singing at homes in the name of blessing the newborn or newly married couples. They are divided into groups and every group has its own operation area. No group intervenes with another. Almost in every case their behaviour is irritating, obscene and similar to torture which is punishable in the eye of law. For this reason they are often accused of disturbing people and creating nuisance. Some of them earn as sex workers.

However, some changes have already occurred. Sadia Akhter Pinki was elected vice-chairman of Kotchandpur Upazila, Jhenaidah in 2019 from the Hijra community. Securing the first position at national level, Arifa Yasmin Mayuri (transformed from Arif) of Jamalpur received the first Jayeeta (female winner) Award (Tk. 50,000 and a crest) from Honourable Prime Minister Sheikh Hasina in 2017. DIG, Police of Dhaka Range established Uttaran Foundation for them in 2016 which conducts activities like beauty parlour, dairy farm, boutiques, etc. in Dhaka and its adjacent areas. Hijras raise question how people like DIG Mr. Habibur Rahman came forward for them? (Prothom Alo, 23-6-2018). Private TV channel Baisakhi has appointed Tasnuva Anan Shishir as news reader for the first time in Bangladesh on the occasion of World Women’s Day this year. In a cabinet meeting in November 2020 Honourable Prime Minister Sheikh Hasina directed to ensure the rights of Hijras on ancestral property mentioning that there is clear direction in Sharia Law in this regard.

There was no educational institution for them. At the initiative of Late Ahmed Ferdous Bari Chowdhury Foundation an institution named Dawatul Qur’an Third Gender Madrasa was inaugurated at Kamrangirchar, Dhaka on November 6, 2020. They have opened 12 more centres at different places in Dhaka. Along with theological studies, they will be provided technical education. The sponsors intend to spread it all over the country. There is no age limit for studying in this madrasa.

Proposal of tax free ceiling at Tk. 3,50,000 for third gender taxpayers and special tax rebate for employers having 10 per cent or more than 100 transgender workers has been passed in parliament. It is an appreciable initiative but probably there is no accurate information of third gender taxpayers in NBR. Moreover, will transgender persons be interested to work leaving their traditional habit? Or, will eligible transgender workers be available? In reply it can be said that eligibility is a concept or standard fixed by society or state but it is nothing permanent nor static. According to necessity or on demand of time it may be reframed for a particular group. Article 29(3) of our constitution has provided that scope to the government. We also believe that humanity will be victorious.