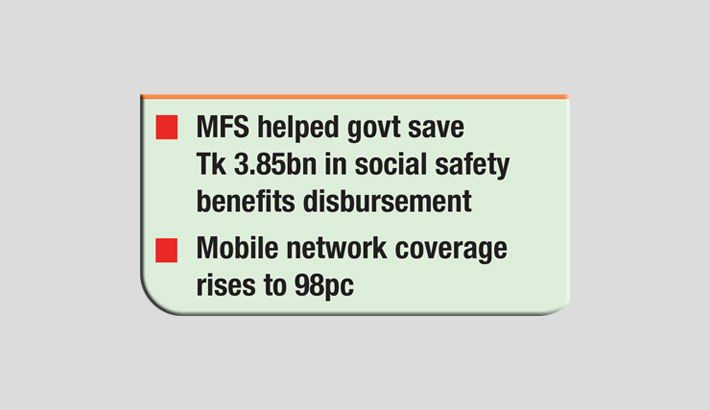 Bangladesh is moving towards a cashless society with mobile financial services (MFS) increasingly gaining popularity in the country, Post and Telecommunications Minister Mustafa Jabbar has said.

“We are not thinking of cash now-a-days in payment of bills as the MFS has tremendously progressed compared to the developed nations,” he said at a virtual discussion on Saturday.

Posts and telecommunications minister said, “The present government has taken the social safety net programme to the hardcore poor through the digital wallets.”

“MFS is providing services from the beginning of COVID-19 crisis. It helped the country run its wheel of the economy,” he said.

He hoped that high-speed broadband services will be available every nook and corner within this year.

Around 98 percent areas have already come under mobile phone network in the country, the minister informed.

He said his division was working to make available postal service even at the grassroots level.

At the keynote paper, Samir Kumar Dey said the government has allocated Tk 1.08 trillion for the social safety net programme in the fiscal year 2021-22.

He said the government has saved Tk 3.85 billion by distributing social safety net benefits through MFS.

Tanvir A Mishuk, Managing Director of Nagad, said the Nagad has distributed stipends for students and incentives to 104 million students.