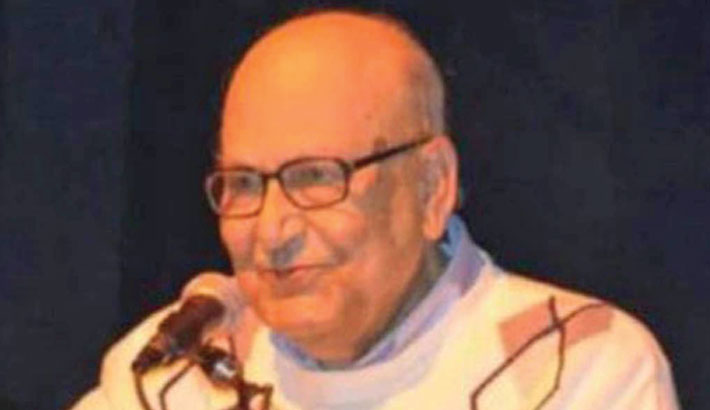 Journalist Kafi Khan, playwright and film artiste of the Bangla section of the Voice of America (VoA), died of prostate cancer in a hospital in the United States of America on Friday morning. He was 93.

The popular news presenter served as the press secretary to former President Ziaur Rahman from the late seventies to the early eighties.

In a condolence message, he said, Kafi Khan was a man of versatile talents and played a leading role in building good relations between Ziaur Rahman, and local and foreign media, and journalists.

Kafi Khan joined the VoA in 1966. During the Liberation War in 1971, he played an active role in favour of the Bengalis’ struggle in Washington.

In 1999, he again got involved with the radio station as a part-time broadcaster.

Kafi Khan was born in 1926 in Kazipara village of Barasat under 24 Parganas district of West Bengal.

After completing his initial study in primary and secondary schools in village, he passed matriculation from Barasat Government College.

Then he passed intermediate from Kolkata’s Ripon College and got admission for graduation. He moved to Dhaka shortly before the partition in 1947.