Dhaka Mass Transit Company Ltd (DMTCL) plans to open the Uttara-Agargaon phase of Dhaka’s first metro rail by June next year with stepped up project work after a corona delay and the arrival of two sets of trains from Japan.

Construction work of the total 20.10km MRT-6 project from Uttara to Motijheel is underway round the clock with a hope to meet the early commissioning target in line with a time-bound action plan, DMTCL says.

The government had a plan to open the Uttara-Agargaon first phase by this December. But it does not seem to be possible after the second wave of Covid-19 that has kept away some foreign project experts.

“We’re now working to open the first phase from Uttara to Agargaon route by next June although everything will depend on the corona situation. But I’m hopeful that we will be able to do that,” DMTCL Managing Director MAN Siddique said.

In the Uttara-Agargaon segment, the construction of three stations has nearly been complete. At present, erection of sheds over the line, installation of electric systems and wire along with other important work are in progress.

The MRT-6 has a total of 16 stations. Of those, the work of Uttara Centre, Bojoy Sarani and Motijheel model stations are also underway. DMTCL officials informed that an Indian contractor has been tasked with the installation of electrical systems and it is being built in Japan. Coaches are being made in Japan while Italy is supplying some equipment.

Two sets of trains out of 24 have already reached the country from Japan. But because of the aggravated corona situation in India, the electrical work is facing some problems. Supply of Italian equipment has also faced some delay, they added.

The first set of trains reached Dhaka from Japan through Mongla Port on April 21 and the second set on 01 June this year. The third set is expected to arrive in the country by August, according to DMTCL.

So far five sets that have already been manufactured in Japan are in the queue to be shipped to Bangladesh gradually.

A consortium of Japanese automobile giants Kawasaki and Mitsubishi has been awarded the work of manufacturing 24 sets of trains for MRT-6. Each set has six coaches including two locomotives at both sides.

After a huge setback in the wake of the Gulshan attack on 1July 2016 that left seven Japanese engineers killed, the MRT-6 gained pace in the following years. But the first wave of coronavirus from late March 2020 dealt a fresh blow to it.

During April and May last year, the metro rail project came to a halt. It is facing a fresh challenge after the second wave as the country is entering a stricter lockdown.

Many foreign experts and project workers, mostly Japanese, left the country immediately after the spread of corona infection last year.

Although some of them returned to work or joined work virtually from Japan, many could not return to work.

Latest DMTCL data showed that total construction work saw an overall 64.91 per cent progress until May while the Uttara-Agargaon portion’s public works advanced 85.74 till last month.

The second phase from Agargaon to Motijheel witnessed 62.50 per cent progress so far. The combined progress of procurement of electrical and mechanical equipment, rolling stock and depot equipment was found to be 56.04 per cent. 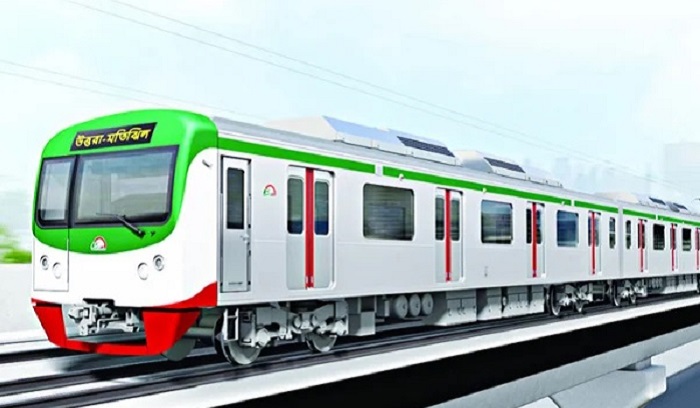