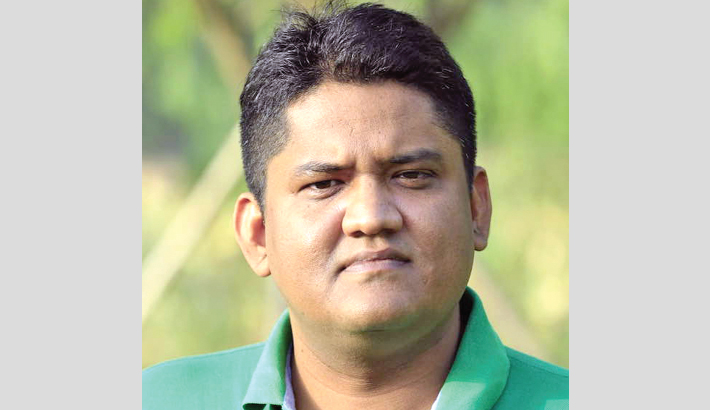 In recent years Bangladesh has seen a record number of deaths from a natural event – a lightning strike. Generally, a lightning strike is defined as “an electric discharge between the atmosphere and the ground. Most originate in a cumulonimbus cloud and terminate on the ground, called cloud-to-ground lightning.” The lightning strike is not only spectacular, but it’s also dangerous. According to the National Geographic Magazine, about 2,000 people are killed worldwide by lightning strikes each year. Although many more survive, they suffer from various chronic illnesses and lasting symptoms, including memory loss, dizziness, weakness, numbness, and other life-altering diseases. In addition, strikes can cause cardiac arrest and severe burns, but nine of every ten people survive.

This natural phenomenon now appears to be worsening with climate change. Some also argue that climate change increasing the risks of lightning strikes. More specifically, rising temperature and humidity are potential causes for the increase in lightning strikes. It is revealed from a study titled, ‘Projected Increase in Lightning Strikes in the United States Due to Global Warming’ conducted by the American Association for the Advancement of Science in 2014 concluded a rise in 1 degree Celsius in temperature contributes to a 12% rise in lightning strike frequency. It is now a brutal reality that the overall temperature of the world is gradually increasing. Around one degree has already increased. Due to climate change, the growing temperature is causing more water evaporation from the land and ocean. Therefore, it is increasing black clouds with potential lightning storms.

Scientists claimed that due to the rise in global temperature caused by climate change, lightning strikes have increased in Bangladesh. It is reported that lightning strike has turned into one of the deadliest natural disasters in Bangladesh, which has prompted the government of Bangladesh to include it to the list of official types of disasters along with floods, cyclones, and storm surges, earthquakes, drought, riverbank erosion, and so on. The Ministry of Disaster Management and Relief (MoDMR) revealed that 2,164 people died in lightning strikes from 2011 to 2020. At least 216 people die every year on average in lightning strikes, more than floods, cyclones, and other natural calamities. Unfortunately, people believe in misinformation and myths about lighting strikes that have been inherited from generation to generation. According to the latest data from ‘Save the Society and Thunderstorm Awareness Forum’, a civil society organisation, across the country, between March 31 and June 7 this year, at least 177 people, including 122 farmers, were killed and 47 others injured by lightning strikes. Data also revealed that in Sunamganj, Netrokona, Kishoreganj, and Gaibandha districts, the casualties were higher over the last one and a half months. According to studies and newspaper reports, most of those killed by lightning strikes worked in open fields or fishing. People in rural areas, croplands or playgrounds, and open spaces mainly fall victim to lightning strikes for lack of protection.

Besides climate change, a decrease in tall trees, an increase in rain clouds, a random set-up of mobile towers are also factors behind the unusual rise in thunderstorms. Some have argued that the main reason behind the increase in lightning strikes is the lack of trees. The increase in deadly lightning strikes is also related to the growth of population and deforestation. The risks associated with deforestation have led to the disappearance of many tall trees that earlier would have drawn lightning strikes. Now casualties often involve farmers using metal farm tools in open fields or people standing near mobile phone towers. Mobile phone use might lead to more lightning fatalities. Lightning continues to kill people who take shelter under trees during electrical storms as well. Thunderbolts often attack the tallest humans in a field or open space without trees. It is also observed that old houses that had earthing are gone now, along with trees. The saddest part is many people die on the spot after being hit by lightning strikes. On the other hand, many injured slowly die as there is no treatment for lightning burns.

No doubt that the lighting strike is a destructive natural hazard. It causes severe damage to property and human life. Therefore, understanding the risks and how to prevent disaster and injury from lightning strikes is essential. The government now provides the victims of the lightning strikes or their families with sums between BDT 7,500 and 25,000. Besides, as a long-term protection strategy, the government has already taken the initiative to plant palm trees as the number of taller trees,i.e., date palm, betel nut, coconut, and fan palm, has decreased. As a short-term measure, the government plans to build concrete lightning shelters in marshes (haors, baors, beels) as farmers and fishers are the worst victims of lightning strikes. The government has already constructed some such shelters in Gagni Upazila under the Meherpur district.

The hotspots for lightning strikes should be appropriately identified through conducting scientific studies, and practical steps need to be taken to protect people over there. People should be made aware that when back clouds gather in the sky, they shouldn’t stay over there in the open field. It is a matter to be hopeful that the government is developing an early warning system to be aware of half an hour before the possible lightning strikes. One of the possible practical solutions to save people from lightning strikes is the plantation of more trees. It is very appreciated that the government has taken a step toward planting palm trees to lessen the casualties. But usually, it takes around 15-20 years to raise such a tree. The Disaster Management Bureau (DMB) has also focused on trees alongside roads. However, steps are needed to protect those who work in the fields.

Lightning arresters should be installed with the intention that those can catch the thunderbolts in the absence of trees. The DMB has taken a step to install poles or lightning arresters in the fields across the country. Many electric poles can be turned into arresters easily. It is to mention that Nepal has achieved great success using this. However, it is scientifically proven that lightning is unpredictable and can strike up to around ten miles from rainfall. Thus, it is recommended that people seek a safe place to wait until the risk is diminished during thunderstorms. Last but not least, in Bangladesh, data relating to lightning strikes are not collected scientifically. Therefore, the government and other agencies should collect reliable data and carry out scientific studies.

The author is an Associate Professor, Department of Public Administration, Jagannath University