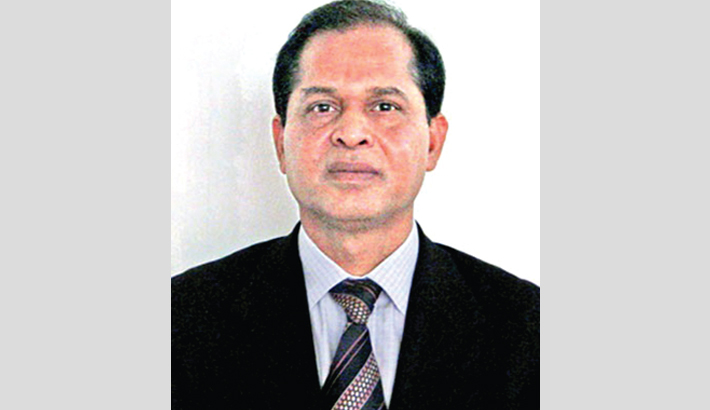 The on-going situation of the teen-gangs in Bangladesh, particularly in the capital and other major cities, has become so alarming that it might bring an irreparable damage on the basic structure of our society. These teenagers are not only imposing threats to law and order of the country or to the usual norms of our society and livelihood, but largely polluting our political ethics. Whatever be the causes for the growth of such teen gangs culture, its impacts on people’s lives is enormous and in no way acceptable for maintaining peace and security in the society. The degradation of morality has gradually turned these teenagers into gangsters and ultimately transformed them into dangerous elements of the society, in fact, of the entire country. These teenage gangs are used often by some of the local and national politicians, particularly during election time, as well as permanently to maintain their supremacy in their areas or constituencies. For a number of reasons, controlling teen gangs has become an extremely difficult task.

A front-page report titled ‘Teens turn terrible- around 80 teenage gangs active in capital’, published on 27 June 2021 in the Daily Sun, has said that teenage gangs have become a name of panic among residents of big cities, including Dhaka, and district towns across the country, deteriorating the law and order situation. There are allegations of murder, extortion, mugging, snatching, drug peddling, sexual harassment as well as internal conflict against these gangs. Even, they were found involved in women trafficking. The next day, the Daily has also published an editorial on this issue.

In this context, I would like to refer a few of the reports published in some of our local dailies during the last three years, which had also told us similar stories like the Sun: (1) The report, published in the Dhaka Tribune on 29 August 2019 titled ‘Over 50 teen gangs active in Dhaka’, said that 50-60 teen gangs comprising of around 8,000 to 10,000 youths and teenagers were active in the capital. The report also mentioned that the gang-culture became visible following the murder of a teen-gang member Adnan Kabir in January 2017. (2) The New Age published a report titled ‘Teen gangs emerge as new menace’ on 17 October 2020, which has highlighted some of the root causes of teenagers’ being gangsters. The report also mentioned a good number of teen gangs in the cities, including Dhaka and Rajshahi. (3) The report titled ‘Teen gang-culture: Too dangerous to be ignored’, published in the Daily Star on 15 November 2020, had clearly pointed out that the teen gangs were backed by some political people known as ‘big brothers’. The report had also gave a picture of the murders committed in that year. (4) On 25 January of this year, a report titled ‘Teen gangs: A growing concern for society’, published in the daily Independent, has said that Dhaka’s teen-gang culture came into limelight when a class nine student Adnan was beaten to death by some teenagers in Uttara on 6 January 2017 by the members of a teen-gang. The report also mentioned about some other killings in different parts of the country.

There is no doubt that a major portion of these teenage gangs are the vulnerable children of our society. Mrs. Sally Atkinson Sheppard, while doing her research in 2015 on the gangs of Bangladesh, had found that organized crimes in Dhaka were operated through three main echelons. She wrote, “Mastaan groups operate criminal business with clearly defined roles, responsibilities and ways to earn and divide profits. Groups are headed by a mastaan who is supported by a right-hand man or assistant who controls the lower echelons of the crime group. Furthermore, mastaans operate in every slum in Dhaka; they control these poor areas and the people who live among them by extorting money, and in return providing slum-dwellers with access to basic services. Mastaans conduct their activities in collusion with politicians, who provide them with immunity. Mastaans give politicians a share of the extortion money and provide ‘political muscle’, threats, violence and intimidation on the streets to secure votes and muster political support. Mastaans use gangs to control areas of the city and vulnerable children operate the lowest echelon of these groups. These children are hired to conduct political violence, ‘grab’ land, carry weapons, sell drugs, collect extortion money and commit murder.” From this description, a citizen of Bangladesh can easily understand the reality of the issue and could identify the reasons of the birth, nourishment and continuity of teen-gang culture in our society. Undoubtedly, it is not only deeply rooted, but has spread all over the country, from the capital city to remote villages with the backing of some people closer to power.

According to her research findings, the vulnerable children were mainly recruited to work within mastaan groups and were tasked to commit a variety of offences, including political violence, land grabbing, contract killings, drug dealing and extortion. It was revealed that these mastaan groups had clearly structured hierarchies, a division of labour and ways to share profits and commission. On the other hand, these street children perceived that they were working within a business, albeit a criminal one.

Each group is known by a name, preferably by the name of the group’s leader. The statistics used in the Dhaka Tribune report, had mentioned that between 1990 and 2000, around 3,500 teen gangs were active in Dhaka, which reached to 4,882 by 2010. Though there had been no such available statistics since then, the number, as assumed, might have been increased to 10 to 12 thousand by now.

As identified by criminologists, teens and youths are engaged in gang culture for two reasons - to dominate others and to get connected to power. They have further said that weakening role of parents or family, no family bonding, lack of moral lessons at home and schools, absence of recreational activities both social and cultural, social degradation, negative impacts of modern information technology including unlimited access to Internet, behaviour of political people, drug addiction and drug trade, etc. usually work for the growth of gang-culture in this country.

According to the Sun’s report, law enforcers had arrested many members of such gangs, but the criminals returned to crimes again as they were backed by locally influential people for showing muscle power to their rivals. Dhaka Metropolitan Police (DMP) and Rapid Action Battalion (RAB) have the lists of the capital’s gangs and their patrons. The DMP has found 2,000 members of 80 teenage gangs involved in murder, drug trade and other crimes, and they have been conducting drives to arrest the members of the gangs and their patrons following their database. In fact, our law enforcers have arrested a large number of teenage-gang members, workers of political parties and leaders of local bodies over the last few years. It strengthens our aspiration when we know about their commitment that they will bring to book the patrons whatever their personal and political identities are.

Those reports also contain a good number of suggestions that might help controlling the situation, such as: (a) necessary guidelines and proper monitoring from families, educational institutions, communities as well as from political parties; (b) organize temporary check posts across Dhaka city; (c) necessary policy reforms to better protect the vulnerable children and youths; (d) ensure their safety; (e) guarantee their access to education; (f) crime prevention policy, closely designed with the thinking and practice of the UN Convention of the Rights of Children (UNCRC) should be developed and incorporated in Bangladesh’s policy for child protection; etc.

Taking into account the above-mentioned suggestions, I would like to add a few: (a) create awareness; (b) strengthening family bonding; (c) address heightened risks that leads to formation of teen gangs; (d)  create recreation facilities; (e) ensure community or society-level supervision; (f) family should be the source of love, affection, guidance and protection; (g) parents or family members should spend quality time with the children;  (h) explain the consequences of being a gang; (i) development of professionals for guidance and counselling, (j) political parties should monitor the involvement of their party men in such activities and ensure punitive measures for any kind of involvement; (k) not only the members of the teen gangs, but also the people who remain behind the scene and give gang members shelter and guide them to continue criminal  activities should be brought to book etc.

We must acknowledge that a balance of prevention, intervention and supervision strategies is important to bring a good outcome from our efforts. And if we can sincerely go ahead with a balanced policy, the already derailed teenagers can be brought to normal life as well as block the ways of being gangsters. Above all, the families, neighbours and teachers can immensely contribute to showing these teenagers the right path of life.