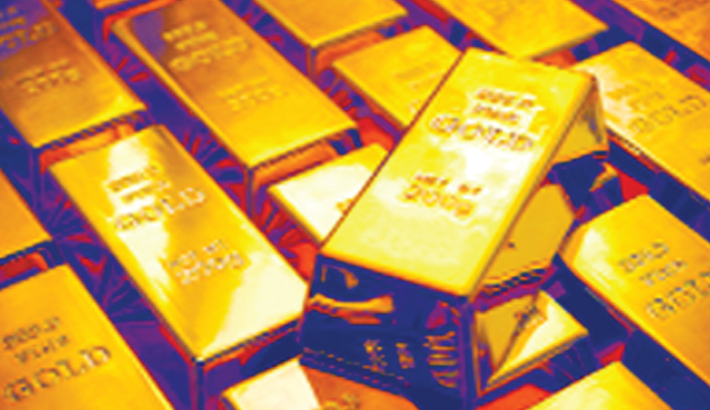 NEW YORK: Gold gained on Thursday aided by rising concerns over the spread of the Delta coronavirus variant, while investors awaited the US nonfarm payrolls report for more monetary policy clues.

“Gold is drawing support from the risk-off sentiment as concerns mount over the rapid spread of the Covid-19 Delta variant,” senior analyst at FXTM Lukman Otunga said.

Rising cases of the Delta variant have prompted France to delay the easing of restrictions in the Landes region, while infections have also surged in Asia.

If the rise of the variant forces authorities to introduce new lockdowns, especially in Europe and the United States, then we may be looking at the risk-averse safe haven trade offering support to gold, Ricardo Evangelista, a senior analyst at ActivTrades.

Also on investors radar is Friday’s U.S. nonfarm payrolls that could provide more clues on timeline for Fed’s shift in monetary policy. The weekly jobless claims data is due later on Thursday.

Federal Reserve Bank of Dallas President Robert Kaplan said on Wednesday he would like the Fed to start reducing its support for the economy before the end of the year, in part to make an abrupt policy tightening less likely later on.

Meanwhile, a stronger dollar index, which hit a near three-month peak earlier, capped gains in gold.