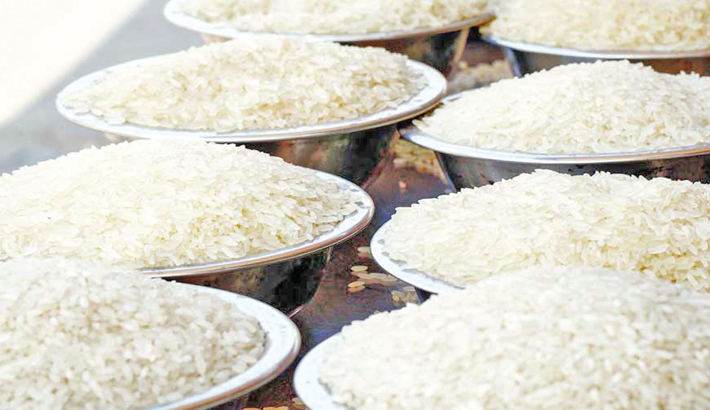 The government is preparing a list of rice mills across the country that have failed to supply rice as per their agreement with food department.

Food Minister Sadhan Chandra Majumder on Thursday directed the Directorate General of Food to prepare the list of those defaulters to take action against them.

The minister said this while addressing a meeting virtually with the rice mill owners from his official residence in Dhaka yesterday.

He also instructed the deputy commissioners (DC’s) to intensify market monitoring committee’s activity at the district level to take action against the hoarders.

He called upon the rice mill owners to inform the district administrations and the food ministry about the illegal hoarders.

The food minister said, “The country produced enough food, there will be no crisis of food grains. At this time, the increase in rice price in the market is illogical. If necessary, food grains will be imported with higher tax exemption.“

Calling upon the rice mill owners to be humane, the minister said, “Please supply rice to market with minimum profit.”

Meanwhile, in another programme the minister said rice will also be imported from abroad alongside increasing the domestic procurement to make local rice market stable.

“Non-basmati boiled rice will be imported soon under private management by imposing 25 per cent duty. Marginal farmers have sold paddy earlier. Mill owners said many non-farmers are stockpiling paddy in the hope of making extra profit. If anyone has illegal stocks, they must be brought under the law,” he said.  The minister made the remarks while addressing a meeting on “Overall Food Grain Management of the Country” at his official residence in Dhaka this afternoon.

Agriculture Minister said, “Farmers have got a fair price for paddy this season. If we import rice now, real farmers will not be affected.”

“Agricultural land is constantly declining. Food security must be ensured by increasing production,” he said adding that accurate statistics on food demand is needed.