PM for greater co-op between AL, CPC for mutual benefits 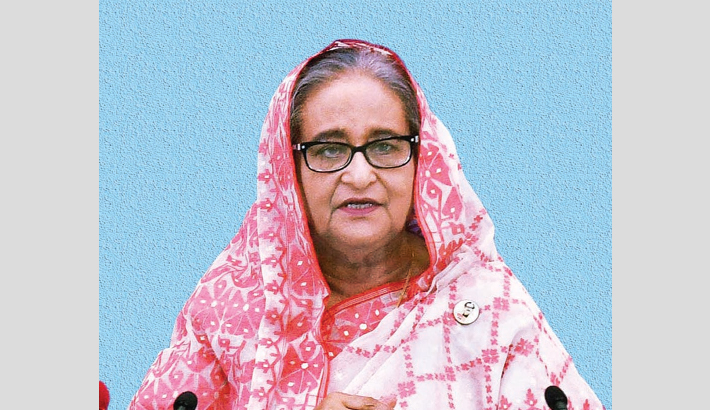 “I believe greater cooperation between our two parties would bring about more benefits to our citizens,” she said in a felicitation message over the 100th year CPC’s establishment.

The Prime Minister said that Bangladesh and China have enjoyed excellent relations based on mutual respect, shared values and commonalities in core national objectives, reports BSS. Noting that Bangladesh considers China as a trusted partner for its socio-economic development, she said that they acknowledge with due appreciation the cooperation and assistance by China during COVID-19 pandemic, including the recent gifts of vaccine and CPC’s gifts of medical equipment to Awami League.

She added: “We would like to explore more avenues to take Bangladesh-China Strategic Partnership to new heights and also work together to address the regional and global issues for peace, security, stability and development. I am confident that the existing cordial ties between our two countries will be further strengthened in the days to come.”

Sheikh Hasina said she, as the President of Bangladesh Awami League, and on behalf of the government and the people of Bangladesh, would like to convey you (Chinese President and General Secretary of CPC Xi Jinping) and through you, to the government, members of the CPC and the friendly people of China, our heartiest felicitations and warmest greetings.”

The Awami League president recalled with profound appreciation the contributions of many CPC leaders in bolstering Bangladesh–China as well as CPC– Bangladesh Awami League relations over the past decades.

She continued that over the millennia, the two peoples established contacts particularly through the Southern Silk Route which facilitated flow of knowledge, culture and trade between the two ancient civilizations.

Recalling the historic visits of her father and Father of the Nation Bangabandhu Sheikh Mujibur Rahman to China in 1952 and 1957, she said that as a young leader of Awami League, Bangabandhu provided further opportunities to exchange views with the then CPC leadership.

The premier said that Bangabandhu recorded his admiration of the passion, commitment and conviction of the Chinese people to build a prosperous country under the leadership of CPC, in his book “Amar Dekha Noyachin” – The New China 1952.

In her felicitation message, Sheikh Hasina said that the Communist Party of China, through its judicious policies and visionary leadership, has transformed the country into a modern state to ensure prosperity for all.

In the span of only a few decades, China has achieved amazing and inspiring progress from space to nano technology, robotics to avionics, backed by high quality education and resulting in production of world class goods and services, she continued.

The development dividend has reached the common people even in the remote parts of China, she said.

Similarly, she said that Bangladesh Awami League, once headed by the Father of the Nation, led the War of Independence, established the free and independent Bangladesh and now imbued by his dream of ‘Sonar Bangla’ – a prosperous Bangladesh, is resolute to materialize that vision.

“We aspire to bring affluence to all our citizens by 2041,” she said.

The premier wished good health and happiness and continued peace, progress and prosperity of the friendly people of China under President Xi Jinping’s astute leadership and the guidance of the Communist Party of China.