Centennial Achievements Prologue a Millennial Cause 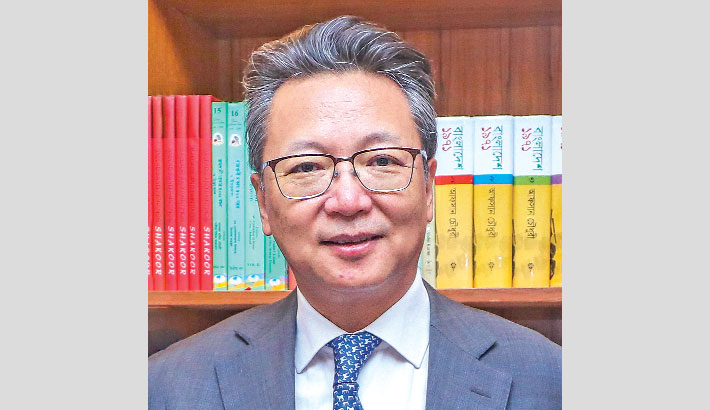 The year 2021 marks the 100th anniversary of the Communist Party of China (CPC). Founded with just over 50 members in 1921, the CPC has grown into the world's largest governing party with more than 95.148 million members. Over the past 100 years, the long-suffering Chinese nation led by the CPC has made a great leap forward from standing up, to growing rich, and to becoming strong.

For a long time, many economists have been trying to explain the miracle of China, a task no easier than a Nobel Prize-winning discovery. Simply put, the recipe for China's great changes within the past 100 years lies in the CPC’s leadership. Therefore, to understand China, one must first understand the CPC and its history, which is a story of unyielding struggle for the happiness of the Chinese people and the rejuvenation of the Chinese nation. It is also where all the great changes of China in the past century unfolded. And to understand the CPC, you need to first be able to make sense of the following key points in time.

In 1921, the CPC was founded in a crumbling China torn by wars and social upheavals. The new born CPC was committed to leading the Chinese people to find a way out. Through unremitting efforts and fighting, the CPC eventually won the great victory against foreign invaders, overthrew the heavily corrupted old regime, and put a complete end to the semi-colonial and semi-feudal status of China.

In 1949, the Chinese people founded the People's Republic of China and truly became masters of the country. The CPC became the governing party of the New China. Facing a war-torn nation, the CPC took a series of measures to restore its national economy and defend its sovereignty. Through hard work, socialism was thus established, setting China on the path of a rising power in the world.

Since 1978, China has ushered in the era of reform and opening-up. The Farmers Household Contract Responsibility System was implemented, and farmers were greatly motivated as now they were allowed to contract the collective land and make profits of their own; special economic zones were established in coastal areas; foreign investment rushed in and infrastructure projects mushroomed. In 2001 China joined the World Trade Organization. With progress being made each passing day, people's income in China has been on the rise and so has their consumption level. The Chinese people have achieved "two miracles" rarely seen in the world, which are rapid economic growth and long-term social stability.

Since 2012, members of the CPC with General Secretary Xi Jinping as the core of the leadership have been well aware of the need to reposition their socialist theories in line with the changes of times. They have found solutions to many challenges and cleared the backlog of major initiatives. These profound historic changes and accomplishments have brought bright prospects for the renewal of the Chinese nation. 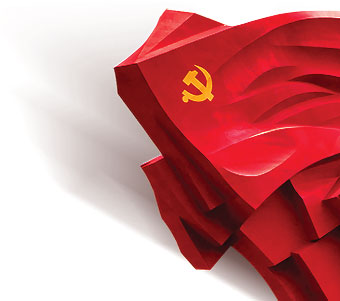 Today, China is the world's second-largest economy. In 2020, China's GDP exceeded 100 trillion yuan for the first time and its per capita GDP exceeded 10000 US dollars. China has fully integrated into the world economy, contributing around 30% to the global growth in recent years and is becoming an important engine driving world economic recovery. The average life expectancy in China rises to 77.3 years; 770 million poor people in the rural area have bode farewell to extreme poverty, accounting for more than 70 percent of the global poverty reduction efforts. China has established the world's largest social security system, with basic medical insurance covering more than 1.3 billion people and basic endowment insurance covering nearly 1 billion people. China's science and technology are advancing rapidly. Chairman Mao's vision in his verses that "one can catch the moon in the high sky and the turtles in the deep ocean" have already come true. The Zhurong rover just took its first drive on Mars. Three taikonauts were recently launched into the Tiangong space station. The Deep-sea manned submersible Fendouzhe has dived to 10909 meters under the sea. In addition, China is also a leading player in high-speed train, supercomputers and 5G technologies thus pushing forward human progress.

“Without the CPC, New China would have been just a myth” has become a common belief among the Chinese people. While showing flexibility in setting its working priority according to different historical periods, the CPC always stays true to its original aspiration and mission, which is to seek happiness for the Chinese people, rejuvenation for the Chinese nation, and common good for the world. Robert Griffiths, General Secretary of the Communist Party of Britain, commented that the CPC is a party of the people that has been very flexible in its tactics and strategies, but also firm in its principles. It is a communist party that aims to build Socialism.

Over the past 100 years, the CPC has always taken "serving the people wholeheartedly" as its fundamental purpose. From the founding of New China to reform and opening up, from poverty and backwardness to a moderately prosperous society in all respects, from the fight against COVID-19 to a comprehensive victory over extreme poverty, the CPC has always been aspired to achieve whatever the people require, and pursued whatever it takes to improve the level of people's quality of life. It has always taken people's life safety as the top priority. China's victory over the pandemic is the latest compelling example of why the CPC is capable of making the Chinese people happier and feel more secure. Ash Center for Democratic Governance and Innovation, Harvard Kennedy School published a report in 2020 showing that Chinese citizens’ average satisfaction toward the government led by the CPC increased from 86.1% in 2003 to 93.1% in 2016, higher than any other ruling party in the world received.

General Secretary Xi Jinping stressed that "the CPC is the largest political party in the world, and great party should have its own responsibility." This "responsibility" comes from the fact that in the course of 100 years of struggle, the CPC has closely linked its destiny with that of the country, the nation and hundreds of millions of Chinese people. It has always shared the same breath, the same destiny and the same heartbeat with its people, and always worked for the people's aspiration for a better life as its goal.

On 25 October 2017, President Xi Jinping, re-elected as General Secretary of the CPC Central Committee said in a meeting with Chinese and foreign journalists that the CPC is determined to achieve the great cause of the Chinese nation in the long run. The centenary is just the time for us to reach our prime. The CPC, under the leadership of General Secretary Xi Jinping, is ready to work with the government and political parties of Bangladesh to make China-Bangladesh Strategic Partnership of Cooperation stronger and more vibrant. Maintaining friendly relations with more than 560 political parties in the world, the CPC is also ready to work with parties and people from countries all over the world to build a community with a shared future for mankind.

The one hundred years of great work is only the prologue for a great cause of  thousands of years to come. The CPC still has a long way to go and much more to do before it can turn its blueprint into reality. After completing the first centenary goal, the CPC will embark upon a new journey toward fully building China a modern socialist country and achieving national rejuvenation in the course of history.