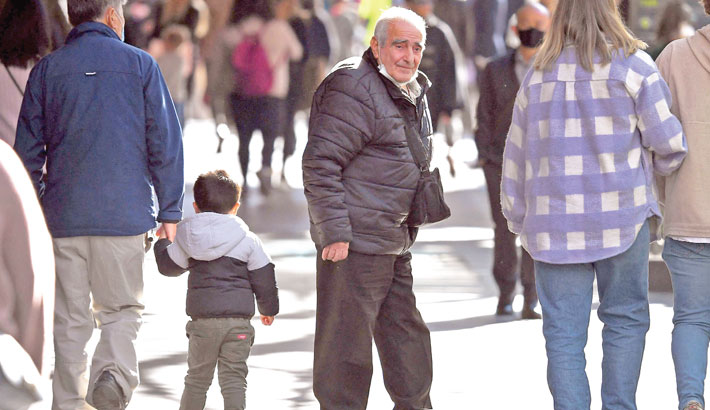 People walk along a street in Melbourne on Monday, after the release of the 2021 Intergenerational Report saying Australia's economy will grow more slowly over the next 40 years than previously expected -- largely due to lower population growth caused by pandemic-related migration decline and a lower fertility rate. 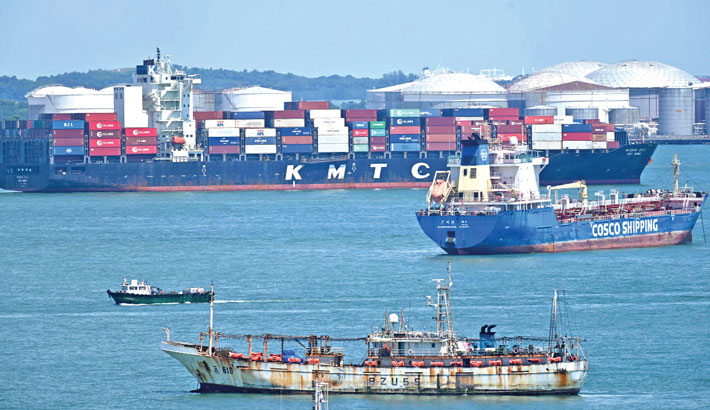 A container vessel makes its way along the straits of Singapore on Monday. 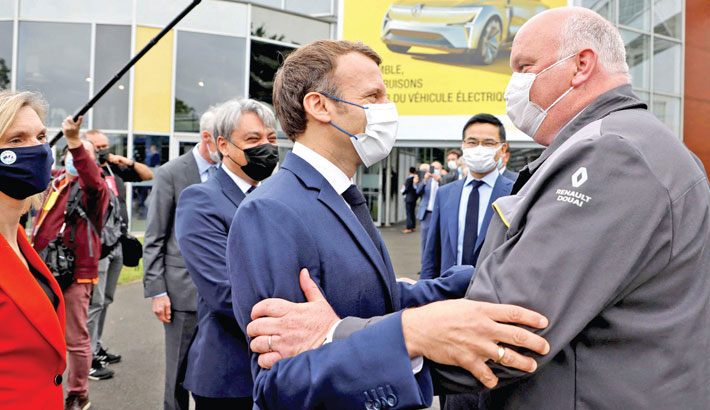 French President Emmanuel Macron (C) is welcomed by a Renault's employee before a visit to the site of the future factory of Japan-based battery maker Envision AESC group, in Douai, northern France, where Renault SA develops an electric-vehicle manufacturing hub on Monday. It is expected to be announced during the "Choose France" event that Renault SA has chosen Envision AESC to produce batteries in the future Douai plant, that will equip its future electric vehicles, including the Renault 5 model. The Douai battery factory will complement Renault's electric car hub known as "Renault ElectriCity" born from pooling three of its plants in northern France, Douai, Ruitz and Maubeuge. 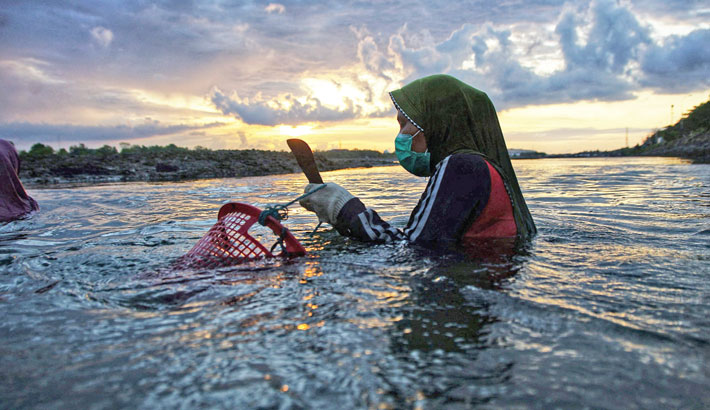 This picture taken on Sunday shows a villager harvesting oysters at a river mouth by the coast in Lhokseumawe, Indonesia's Aceh province. 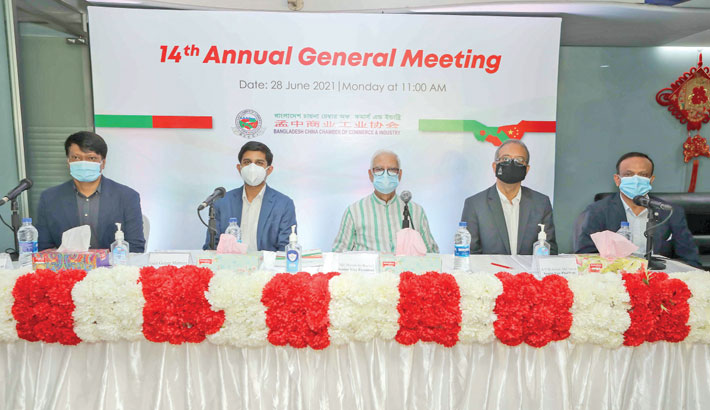