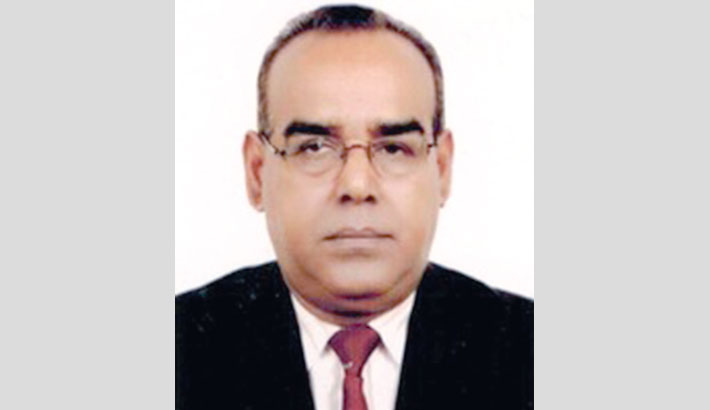 Advocate Zead-Al-Malum, senior prosecutor of the International Crimes Tribunal (ICT), died at Combined Military Hospital (CMH) in Dhaka early on Sunday. He was 67.

The veteran lawyer was put on life support after he suffered a stroke on May 25.

He was first admitted to Bangladesh Specialised Hospital in the capital and was later transferred to CMH on June 2.

The seasoned lawyer, who was also involved with leftist politics, has left behind his wife, a daughter and son and a host of relatives to mourn his death. His body was taken to International Crimes Tribunal, the office of the Communist Party of Bangladesh, Supreme Court Bar Association and Central Shaheed Minar where his colleagues, friends, well-wishers and admirers paid their last respects to him.

Born on December 31, 1954 in Karotia village under Sadar upazila in Tangail, Zead-Al-Malum got involved in the politics of the then East Pakistan Chhatra Union and joined the liberation war in 1971.

He was elected the vice-president of the students’ organisation after the Liberation War.

He was a member of the central committee of Communist Party of Bangladesh and became the president of Bangladesh Khetmojur Samity, the farm labour organisation of the party. He was active in cultural movement and was associated with Bangladesh Udichi Shilpi Goshthi and Khelaghar Ashar. He obtained certificate as a lawyer on October 13, 1983 and became a member of Dhaka Bar Association on December 16 of the same year.

The Supreme Court lawyer was appointed prosecutor of the ICT at the rank of an additional attorney general on March 25, 2010, the day of the initiation of the ICT to try suspected war crimes offenders.