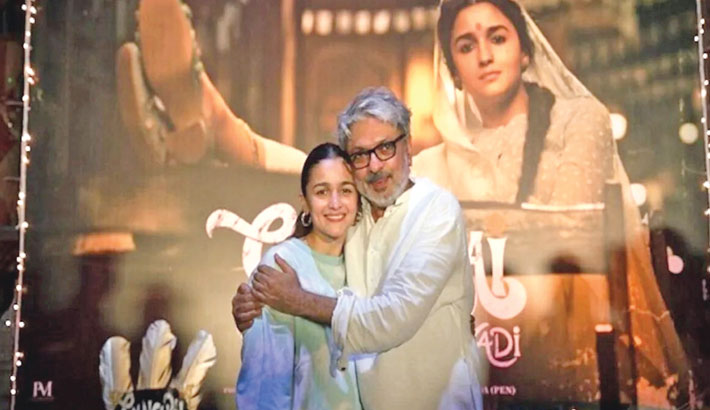 After facing several delays due to the Covid-19 pandemic, Bollywood actress Alia Bhatt has finally wrapped Sanjay Leela Bhansali’s ‘Gangubai Kathiawadi’. According to reports, after Alia and the filmmaker contracted Covid-19, the makers had to face financial strain it was difficult to re-assemble every resource. However, despite difficulties, the team was successful in finishing the project recently, reports News18.

Alia Bhatt took to Instagram to pen an emotional note after the wrap of the film. “We started shooting Gangubai on the 8th of December 2019 .. and we wrapped the film now 2 years later! This film and set has been through two lockdowns.. two cyclones.. director and actor getting covid during the making!!! the troubles the set has faced is another film all together!" an excerpt from her post read.

Giving more information, a source quoted in Times of India said, “It wasn’t easy to complete ‘Gangubai Kathiawadi’, especially in the last leg. The new mutant (delta) of COVID in Maharashtra has infused a lot of scare in the film and TV industry. While a few restarts and beginnings have been made, we can only hope that they will sustain; one single case in a unit throws everything out of gear."

According to the report, Bhansali will commence the shooting of his web-series ‘Heera Mandi’ on the same floor as ‘Gangubai Kathiawadi’. Bhansali, who will produce the web-series, will start the shoot after the ‘Gangubai Kathiawadi’ set is dismantled. A few elements from the previous set might still remain with minor modifications to suit the web-series. The show will go on floors after all the arrangements have been made on set.