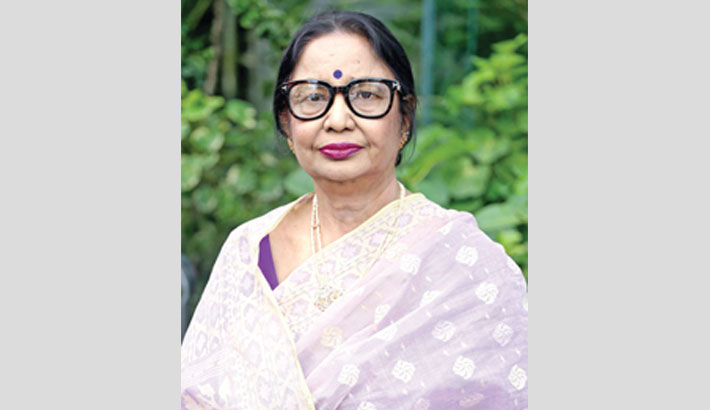 Her fans, friends, and well-wishers have sent their greetings to the singer. Celebrities and her co-artistes also take to the social media and shower love on Ferdausi Rahman with birthday wishes.

The noted singer was born on June 28 in Cooch Behar, India in 1941. She is the daughter of legendary folk singer Abbas Uddin.

She sang some popular film songs for Pakistani films in the 1960s. Ferdausi has lent her voice about 260 films as a playback singer. He has recorded over five thousand songs in her career.

She was awarded Ekushey Padak in 1977 and Independence Day Award in 1995 by the Government of Bangladesh.

Her niece, Nashid Kamal, is a singer. Her other nieces who are also singers are Samira Abbasi and Sharmini Abbasi.

Rahman participated as a children artiste in radio programmes. In 1955 she first sang for the radio as an adult artiste. The first released movie where she sang as a playback singer was Ehtesham’s ‘Ei Desh Tomar Amar’ under the music direction of Khan Ataur Rahman in 1959, followed by ‘Asia’ in 1960.

One of the music directors of the movie ‘Asia’ was her father Abbas Uddin. In 1964, her song was broadcast on the newly established Pakistan Television in erstwhile East Pakistan (now Bangladesh).

Her TV programme ‘Esho Gaan Shikhi’ was a programme to teach children about music on Bangladesh Television, and the programme has been running for 44 years. NTV (Bangladesh) has been airing a programme of her songs presented by contemporary artistes.