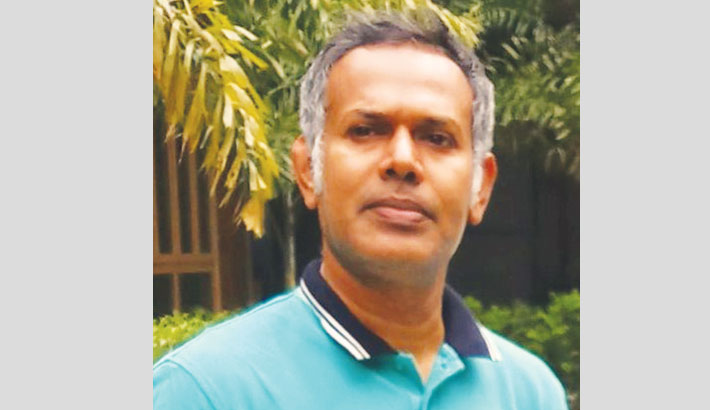 According to Private University Act 2010, universities in private sector are considered to be not-for-profit organisations run by the trustee boards. But, unfortunately, the government seems to have failed to understand the meaning of university contributing a lot to the national human capital. The imposition of 15 percent income tax on private universities –proposed by the Finance Minister while placing the budget for 2021-22 fiscal year in the parliament –has already triggered a huge reaction and protest from students, guardians, educators and university academics throughout the country. Amid corona pandemic, the Finance Minister’s proposal –contradictory to the Private University Act 2010 – came as a blow to the existence of universities in private sector. If higher education in private sector is thought to be a commodity, these universities will certainly turn into business corporations. We hope the government will rethink it positively and retreat from this suicidal decision immediately.

It has been almost fifteen months since the academic institutions in Bangladesh remained closed due to the spread of coronavirus (in March 2020). We have been hearing that, even during this crisis, the country’s economy is experiencing a boost in terms of remittance and foreign reserve. But uncertainty looms at higher education institutions. This is very unfortunate and disappointing that many teachers working at different private universities still get half-salaries (with no festival bonuses) or so. Some of them have lost their jobs. However, the university authorities claim that they are facing a financial crunch because of poor enrollment (admission intake) and low revenue/tuition fee collection in the last four semesters. Though the Association of Private Universities of Bangladesh (APUB) asked the government for stimulus package last year, they did not get any positive response from the government or incentive package for them. No doubt, Covid-19 is a global humanitarian challenge. This crisis has already put a major strain on the private university finances in the form of lost revenue from tuition fees and new enrollment because most of these universities depend heavily on students' tuition fees for generating revenue. 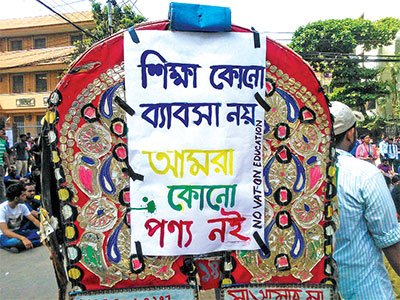 Still we can recollect the memories of “No-VAT Movement” that took place in 2015. Thousands of university students, along with private medical and engineering college students, took to the streets and protested the government’s decision to impose tax on private universities. We thought this issue was settled for good. But, now, a relevant question comes to our mind – what made the government bring this issue back at this critical time and initiate to impose income tax on private universities when many of them are really struggling to survive and failing to provide their staff and teachers with full-salaries. When these universities badly need financial assistance from the government, they are being pushed into precarity and forced to retreat from their further efforts to invest more in technological infrastructure (introducing LMC and offering other facilities) to impart quality education to the students in a new normal situation.

Nowadays we hear from multiple sources that many of our students and faculty members are suffering from on-screen fatigue (glued to the devices - smartphone, laptop, tablet or computer for long hours), online-class-trauma, mental stress and financial crisis as well. This is, I guess, the only sector which is still trying to sustain its resilience to get back to on-campus activities. But we wonder why the government looks so indifferent and insensitive to the private university community during Covid-19 pandemic! Even, despite the education minister’s assurance, the government also failed to provide the students with free/low-cost internet packages. We claim that we have graduated from the state of LDC to a developing nation. Then why is the education sector neglected in terms of budgetary allocation and policy formulation? Why do we see such a meager budgetary allocation for education sector every year?

We thought the government would take special care of this sector keeping in mind the adverse effects on education at all levels due to the coronavirus pandemic. But the allocation for education sector in the proposed budget remains almost unchanged in terms of size and percentage of Gross Development Product (GDP) as compared to the current one. In the current budget, the allocation for education sector was TK 66,400 crore, and its share in terms of percentage of GDP stands at 2.09. For 2021-22 fiscal year, Finance Minister allocated TK 71,951 crore for the Primary and Mass Education Ministry, Secondary and Higher Education Division and Technical and Madrasa Education Division. And its share in the GDP stands at 2.08 percent.

We know that UNESCO set some goals, objectives and action plans for a decade – from 2005 to 2014 – dubbed as the “United Nations Education decade” and highlighted the concept considering quality education a prerequisite for sustainable development. According to UNESCO’s recommendations, 6 percent of the GDP should be allocated for education sector in a developing country because the sustainable development mostly depends on the quality human resources. But, unfortunately, the budgetary allocation for education sector in Bangladesh has been negligible and insignificant. Though we thought the government would allocate at least 15 percent of the total budget for education during this crisis, it now stands at 11.91 percent of the total budget.

Imposing income tax on private university is not only discriminatory but also unlawful because it does not conform to the Private University Act 2010. This appears to be counterproductive as well. Nowadays, students belonging to lower-middle class or middle class families study at many private universities and compete with public university students/graduates, after their graduation, in an open job market. Besides, a study conducted by Bangladesh Institute of Development Studies (BIDS) in 2019 shows that about 44 percent graduates of private universities get jobs while the employment rate among public university graduates is 32 percent. These days many private university students do part-time jobs, and they study and maintain their families simultaneously. When the students need more attention, care and financial support including bank loans or low-internet packages from the government during this global crisis, they are badly treated and discriminated by the state or government. Such an abrupt and inhumane proposal placed in this budget really hurt us – students, academics and guardians.

At present over 4.5 lac students are studying at 107 private universities in Bangladesh. Yet, there are some private universities which are reportedly violating rules of the government, and also not complying with PU Act 2010 properly. The government should take stern actions against those institutions with gross financial irregularities and bad governance –not investing sufficient money (tuition fees collected from the students) in infrastructure (including research, physical facilities, student support services, staff salaries, etc.) and not imparting quality education to the students.

The writer is chair and associate