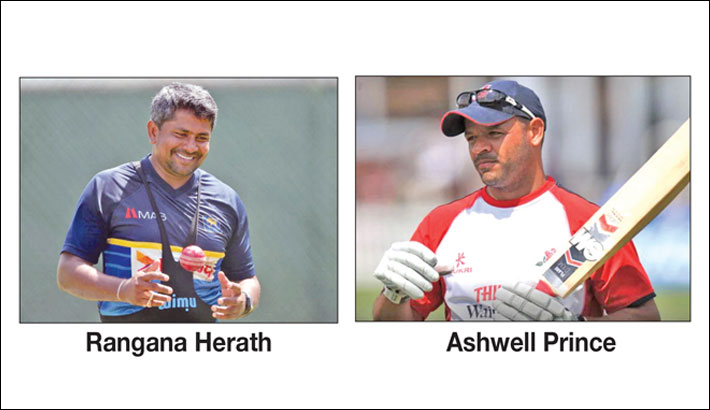 The Sri Lankan legendary left-arm spinner will take over the post from interim spin coach Sohel Islam while Prince has been included in place of Jon Lewis.

Herath, the 43-year old, will join Bangladesh coaching staff in Zimbabwe and will be in the role until the end of Bangladesh’s campaign in this year’s ICC Twenty20 World Cup in October-November.

Prince, the 44-year old, has reached an agreement with Bangladesh Cricket Board to work with them during their Zimbabwe tour.

“At this point getting coaches has become very difficult due to the Covid-19 situation. We have picked them on a short term basis and if they do well, will continue with them,” BCB cricket operation chairman Akram Khan told reporters on Saturday.

“Prince has a good reputation as a player. Our head coach (Russell Domingo) has rated him highly.

“If the players like Herath with his work, we will certainly think about him beyond the ICC World T20,” he said, adding that none of them is hired on a daily basis and will work as the other coaches are currently working in the national set-up.

Akram added that former head coach Jamie Siddons was also considered for the post of batting consultant but it didn’t eventually materialise as both parties didn’t agree on various issues.

Herath, the most successful left-arm spinner in the history of Test cricket with 433 wickets taken in a remarkable career lasting two decades, is an ICC/SLC Level 3 coach specialising in spin bowling.

Prince has been capped 119 times by South Africa in the three formats. The former left-hander is also a Level 3 coach who has worked as the batting consultant for South Africa A team and had also been the side’s interim head coach.