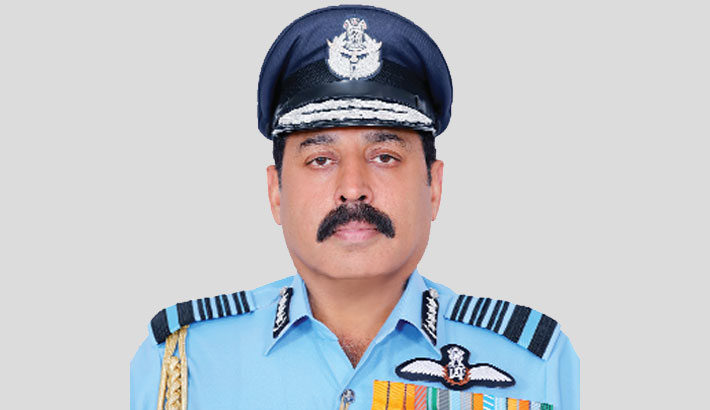 He will also visit major BAF bases across Bangladesh during his visit in the country, said a press release of Indian High Commission in Dhaka on Sunday.

The Indian Air Force Chief would also pay tribute to the members of the Bangladesh Armed Forces, who made the supreme sacrifices during the Liberation War in 1971, by laying wreath at the altar of Shikha Anirban in Dhaka Cantonment.

A major highlight of his current visit is that the Chief of Air Staff, Indian Air Force has been invited as a Chief Guest of Commissioning Ceremony on the occasion of President Parade-2021 at Bangladesh Air Force Academy (BAFA), Jashore.

This is the first time that an Indian Air Chief would have the distinct honour of reviewing the Parade of BAFA, which goes on to show the strong commitment and trust that both Air Forces have towards each other.

The visit of the Indian Air Force Chief in the Golden Jubilee year of the Liberation War will further strengthen the close and fraternal ties existing between the Armed Forces of the two countries.