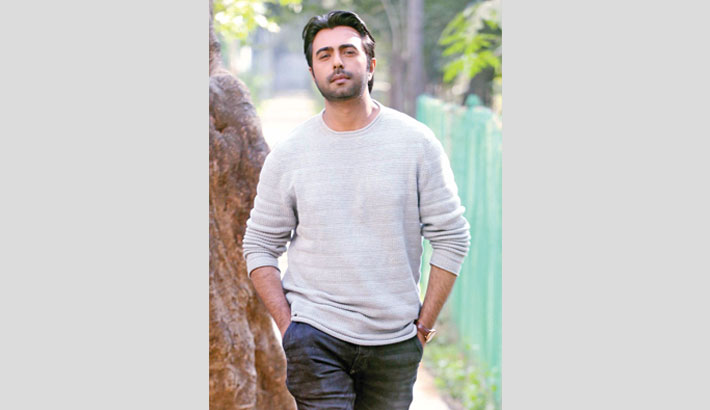 Today is the 41st birthday of popular small screen actor Ziaul Faruq Apurba. The audience-acclaimed actor was born on June 27 in 1980.

His fans, friends, and well-wishers have sent birthday greetings to the actor. Celebrities and his co-artistes also took to the social media and shower love on the noted artiste with birthday wishes.

Ziaul Faruq, popularly known as Apurba, is a model-actor of the country. He usually works in television. He also appeared in films. Apurba is also a singer.

He started his career in Gazi Rakayet’s drama ‘Boibahik’ in 2006. He made his debut as a model in Amitabh Reza Chowdhury directed TV commercial for Nescafe. His TV commercial for Lab Aid also got popularity. Apurba had set up a production house named ‘ASI Creations Limited’ and started directing through the telefilm titled ‘Backdated’ in 2012. He voiced the title track of Shihab Shahin’s drama serial ‘Bhalobasar Chotuskone’.

Apurba's debut film is ‘Gangster Returns’ released on November 27 in 2015 directed by Ashiqur Rahman. He was also cast in a film ‘Brishti Din’ directed by Morshedul Islam, but it was cancelled after a few days shooting.

Apurba married model and actress Sadia Jahan Prova on August 18, 2010. Apurba divorced Prova on February 11, 2011. Then Apurba married Nazia Hassan Audity on December 21 the same year. They were divorced on May 17, 2020. Apurba and Audity has a son named Zayyan Faruq Ayyash and both father and son share same birthday.