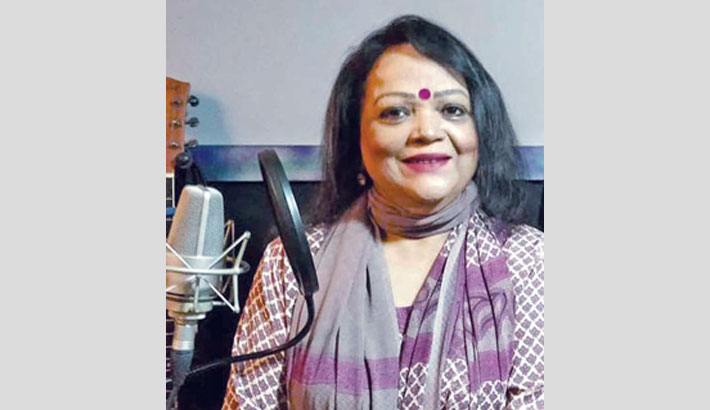 The recording of the song has been completed at a studio in Moghbazar recently. The music arrangement for the song was done by Sumon Kallyan.

About the song, Sabina Yasmin said, “Kabir Bakul is a noted lyricist. He writes well. Pulok Adhikary also has lent his voice wonderfully. The composition of the song is also very nice. Pulok is a promising singer, this is the first time I collaborated with him, he has done superb work on the song. I’m very hopeful about the song.”

“I believe the song will be a hit, Pulok tried his best to gift the audience a memorable performance,” shares Kabir Bakul.

Pulok Adhikary said, “Sabina Yasmin a legendary artiste of our country. To have a chance to sing alongside such a prominent artistes is definitely a big achievement for me. Collaborating with Sabina Yasmin in a song tuned by me, will brighten my musical career as well”.

Sabina Yasmin is a popular singer of the country. She is best known as a playback singer in Bengali cinema. She has won Bangladesh National Film Award for Best Female Playback Singer a record 13 times.  She has recorded more than 1,500 songs for films and over 10,000 songs in total.