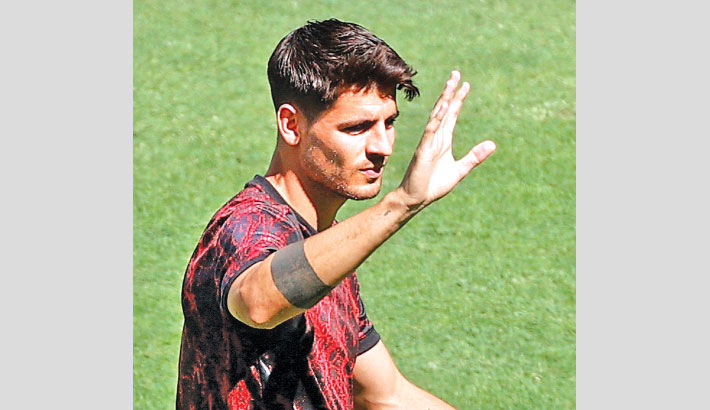 Alvaro Morata has said his wife and children have been abused during Euro 2020 because of his performances for Spain.

Morata has endured a difficult tournament so far after missing a number of chances, including a penalty in Spain's last Group E match against Slovakia in Seville.

"I understand I get criticism for not scoring goals. I'm the first to know about it and accept it," Morata told Cadena COPE on Thursday night.

"But I wish people would put themselves in the position of seeing what it's like to have threats and insults aimed at your family.

"People have said 'I hope your children die'. I've had to put my phone away.

"My children go to Seville with their dad's name on their shirts. I understand criticism for not doing my job well. But there's a limit."

Morata said he was unable to sleep for nine hours after the 1-1 draw with Poland in which he missed chances after scoring Spain's opening goal.

The 28-year-old then had a penalty saved against Slovakia with the match goalless, before Spain went on to win 5-0. They will play Croatia on Monday in the last 16.