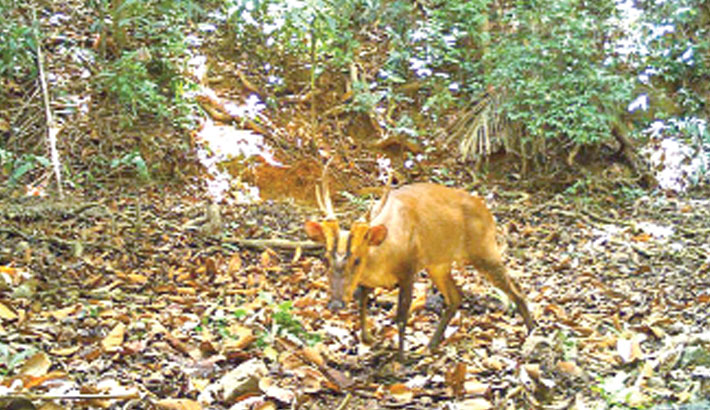 PHNOM PENH: A critically endangered giant barking deer has been spotted in Cambodia for the first time, in a boost for the country’s wildlife preservation efforts, officials said on Friday.

But the discovery was only made recently after Cambodian authorities retrieved the camera and trawled   through months of footage from the forest, which has long been a site of illegal logging, reports AFP.

“This is the most exciting news for Cambodia and for the whole world that such a rare and most critically endangered species was discovered in Cambodia,” he said.

“This is a positive result for the government’s efforts to protect natural resources.”

The species was first found in forests in neighbouring Vietnam and Laos in 1994.

Muntiacus vuquangensis, as it is scientifically known, is on the red list of the International Union for Conservation of Nature as critically endangered.

Illegal logging remains a major environmental hazard in Cambodia, with vast tracts of forest under threat since the country’s civil war ended in 1998.

Virachey National Park suffered rampant deforestation in the early 2000s but its situation has been improving.

“The park has become a safe shelter for wildlife,” Neth Pheaktra said.