The play to be shown at Online Theatre Fest tomorrow 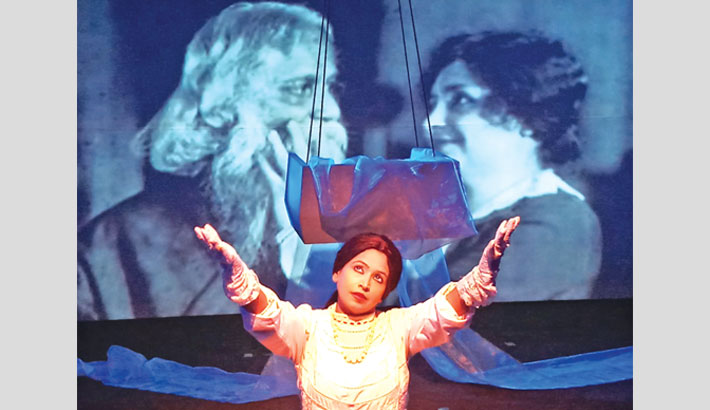 On the occasion of the 141st birth anniversary of author-activist-educator Helen Keller, theatre troupe Swapnadal’s much-acclaimed mono-drama ‘Helen Keller’ will be shown at the Online Theatre Festival tomorrow.

Arranged by Indian theatre troupe Dhakuria Natyamukh, the show will start at 08:00pm on their Facebook page and YouTube channel.

To mark the day, Swapnadal has also arranged a live discussion on Helen Keller and the performance of a partial part of the play virtually. Viewers can watch the programme through Swapnadal’s Chief Secretary Zahid Repon’s Facebook account.

The mono-drama ‘Helen Keller’ is written by Apurba Kumar Kundu and directed by Zahid Repon. Juyena Shabnam will perform Helen Keller in the play.

The production depicts the life, works, dreams, struggle, and philosophy of the legend and ‘Wonder of the World’ Helen Keller. She was a deaf-dumb-blind person, but able to overcome all obstacles by her extreme self-confidence and also by the extraordinary support of her teacher Anne Sullivan.

Helen Keller was born on June 27, 1880, in Tuscumbia, Alabama. A prolific author, Keller was well-traveled and outspoken in her convictions. A member of the Socialist Party of America and the Industrial Workers of the World, she campaigned for women’s suffrage, labor rights, socialism, antimilitarism, and other similar causes.

Helen proved to the world that deaf people could all learn to communicate and that they could survive in the hearing world. She is one of the most famous deaf people in history and she is an idol to many deaf people in the world.

She died in her sleep on June 1, 1968, at her home, Arcan Ridge, located in Easton, Connecticut, a few weeks short of her eighty-eighth birthday.